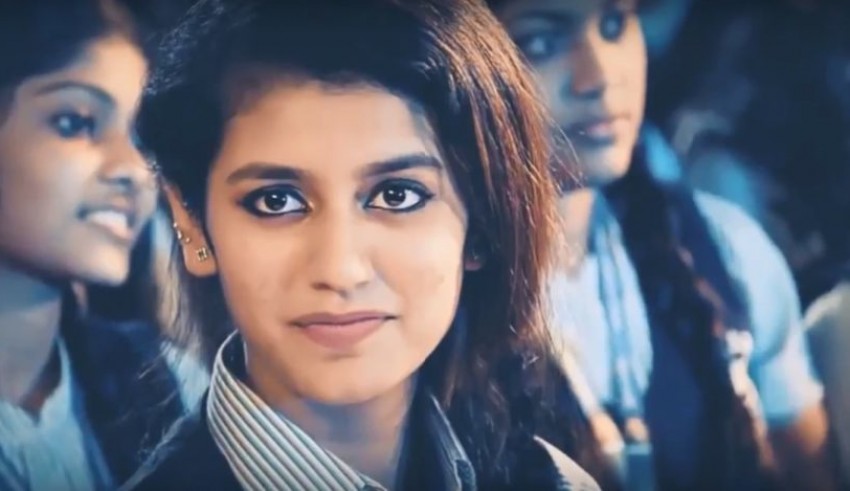 If we are active on social media, we have all seen the video of the pretty girl with the expressions that melt our hearts. That pretty girl is Priya Prakash Varrier and just within two days of the video of her smiling, raising eyebrows, and winking, she has gained over two million followers on Instagram. The clip is a part of a song from her debut movie Oru Aadaar Love and it has created a havoc on social media. People have shared the clip from the song like crazy and Priya Prakash Varrier has become the crush of many guys.

Thank you for all the love and support💙

The duration of the video was just a few seconds, but it was enough to develop that craze about beautiful Priya. Within minutes of release, Facebook, Twitter and Instagram were filled with posts about her. Some even started stalking her social media profiles to know more about her. And within a matter of days, she has become the talk of every conversation. On the 10th of February, her Instagram followers were 68,000 but on the 11th and 12th of February, the Instagram followers have increased to 1 million, and as of the 13th of February, she has more than 2.3 million followers on Instagram.

The clip that has sent the Internet into such a meltdown is a song titled Manikya Malaraya Poovi from Oru Adaar Love, in which Priya and her co-stars appear to be playing school students. In the viral footage, Priya flirts with a fellow student, who is as overwhelmed by her wink and smile as social media was. On YouTube, the clip has been watched over eight million times so far. Oru Adaar Love has been directed by Omar Lulu and is scheduled to release on March 3. There has been a tremendous increase in Priya’s fan following in just 2 days; usually, 1 million target takes few weeks, but here, she took only 2 days and the next million only took another one day.