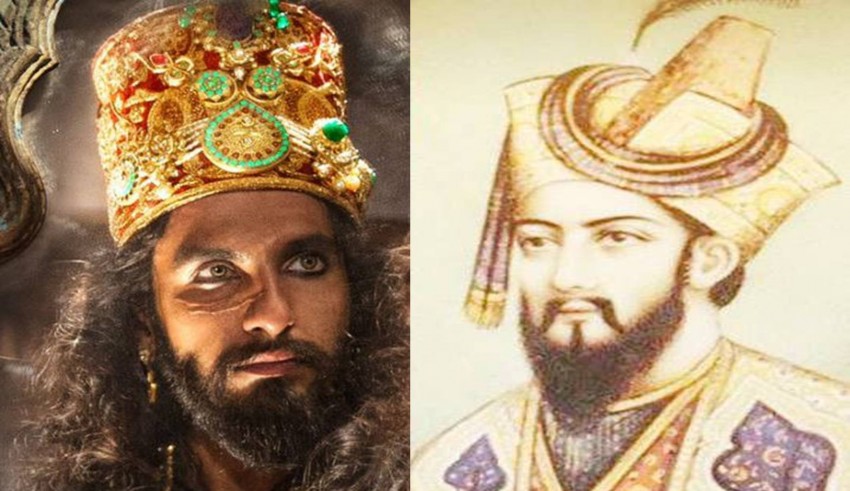 With the release of Padmaavat, we have all come to praise the character played by Ranveer Singh, Alauddin Khilji. Maybe it is the psychotic nature or the ruthlessness that appealed to the audience, but it is clear that he was the favorite character of the majority of the audience who watched the movie. However, there are some facts about Alauddin Khilji that are not well-known among the community and were also well-guarded from his public during his reign. Historians, to this day, argue among themselves about the roots of ancient Indian history, especially the parts linked with the invasion of foreigners. There are many historians who believe that the scripts written in ancient times were done so solely to project a powerful image of the emperors and queens in the hearts of future generations; withholding facts that they never wanted to go public.

Even today, Indians are not comfortable with discussing sensitive topics such as sexuality, let alone indulge in arguments that would link said topics to Indian history. There is always a fear of being perceived as offensive but that does not mean that there aren’t people who do their best to bring the topic to the table. Every Indian has become aware of the story about how Alauddin Khilji laid his eyes on Rani Padmavati and intended to have her. What remains till date, a matter of argument is Alauddin Khilji’s sexuality. Many historians claim that the ruthless Khilji ruler was bisexual and a paedophile. During his reign, Alauddin declared himself to be The Prophet. He even went to the extent of forced Qazis, into manipulating religious approvals suiting his whims and fetishes.

One fact which remained well-guarded until recently is the involvement of Indian-born general Malik Kafur in Alauddin Khilji’s personal life. According to Devdutt Pattanaik, once during his visit to the famous slave market ‘Baccha Bazi’ in Gujarat, Alauddin purchased Malik, after being left mesmerized by his beauty. The concept of ‘Baccha Bazi’ was injected into the Indian borders from Afghanistan, which rapidly spread across the nation. Foreign invaders bought child slaves or men dancers dressed like women, for their pleasure and entertainment. According to Jayasi’s poem, Alauddin’s lust for his sexual passions had reached such a level that it is said his harem had more than 70,000 males, females and children. Of which, 30,000 women, were the widows of men that he killed in one day.

Alauddin groomed Malik Kafur as his sexual protégé and chief adviser. When Alauddin wished to conquer the fort of Chittor and bring all the women of the fort to his harem, Queen Padmavati and all the women, decided to commit Jauhar, rather than becoming slaves or part of Alauddin’s harem. It is said that the heart-wrenching wails coming out from the Jauhar Kund, continued to haunt Khilji for years. While this impacted his mental health, his lover Malik Kafur tried with all his might to take over his place and order policies and rulings, on Khilji’s behalf; until latter’s official advisors interfered and reminded him that rightfully Khilji’s sons must take the throne.

Malik Kafur then plotted to install Shihab-ud-Din Umar, Khilji’s 3-year-old son, on the throne, all the while working silently as the Reagent.  Next, he conspires Alauddin’s death, by injecting harmful liquid into his veins, leaving him to die of Oedema. He then ordered to blind Prince Mubarak, who somehow escaped this assassination attempt and informed Khiliji’s loyal army of Malik’s treachery. Malik was later beheaded.