May 17, 2022
6NewArticles
Home Peppy Yahya Bootwala Charmed The Nation With His Poetry 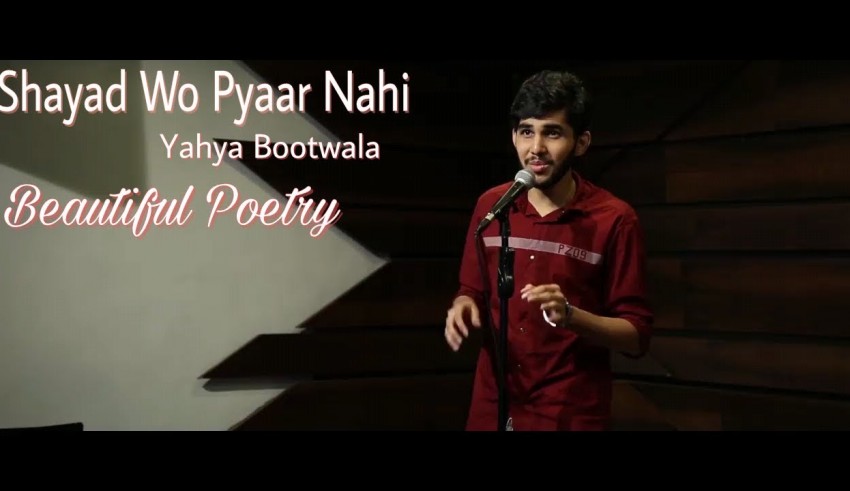 We are all lost in love. It could be love for a spouse or one-sided love. Every love has their own kind of intoxication. A person in a one-sided love will always feel that love is elusive for him or her. Over the years, many have tried to define love or explain what it is, it could be as poetic as the poems and plays by Shakespeare or the words of a village boy who fell in love for the first time. Very recently one guy has come up with such a heartfelt poetry that has gone viral all over the internet for all the right reasons- Yahya Bootwala.

In this whole poem, the young Shayar and Kavi have differentiated between love and infatuation by putting narrowness of materialistic attraction and depth of real emotions at two ends of one balance rod. The deep synopsis and touchy lines have already filled up a million souls and made the guy an overnight talk of the internet. Yahya is a Mumbai based young Hindi poet who writes abstract coming-of-age poetry in Hindi and Urdu.

Though he has now formed a deeper connection with words, he takes writing as a passion. On a major part, his basic aim has always been to become an actor.

Yahya during, his college days had directed plenty of plays and did theatre acting. But, every time he tried to make it into the mainstream, he got replaced by someone else. Yet he handled them by writing all down. And he kept on writing and wrote what always pushed him within to reach for more.

Yahya’s actual stream was science, but unlike many, the young lad chose what he was better at- he did mass media after convincing his parents against B.Tech. And, that was a commendable step that can inspire so many others too.