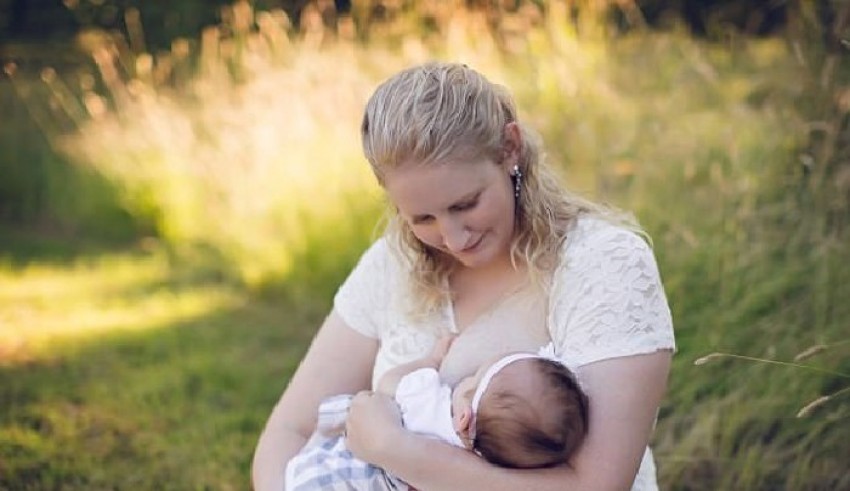 Elisabeth Anderson-Sierra is a 29-year-old, Oregon-based mother of two, who was diagnosed with Hyper-lactation Syndrome two and a half years ago when she was pregnant with her first daughter. The syndrome causes her to produce ten times as much milk as a normal woman, up to 1.75 gallons of breastmilk a day. Elisabeth Anderson-Sierra gave birth to her second daughter six months ago and she says that the amount of milk produced has ramped up even more after the arrival of her second child. Elisabeth says that she has been pumping milk ever since her first daughter was born every day without taking a single day off, donating most of it. She has donated more than 600 gallons of it in order to help hundreds of other parents feed their babies.

Elisabeth devotes a staggering ten hours a day pumping her milk, which she describes as her ‘labor of love’, and says that it has become more of a full-time job for her. She produces almost ten times more milk than the average woman and since her six-month old daughter needs to consume only 20 oz per day, she donates most of the milk for parents who cannot feed their babies; local moms who are unable to produce enough milk themselves, gay couples, and a milk bank for premature babies. She says that she has fed thousands of babies with the 600 gallons of milk that she has donated over the last two and a half years.

The breastmilk, which has over 5000 calories, is packaged, labeled, and stored in four huge freezers in the house, where Elisabeth lives with her two daughters, Isabella and Sophia, and her husband, public safety officer David Sierra, aged 52. “I realized I was an overproducer when I was pregnant with my first child, but when I had my second baby my supply ramped up,” Elisabeth explained. “Now Sophia is six months old I pump five times a day – as soon as I wake up, after breakfast, after lunch, after dinner and again at midnight.”