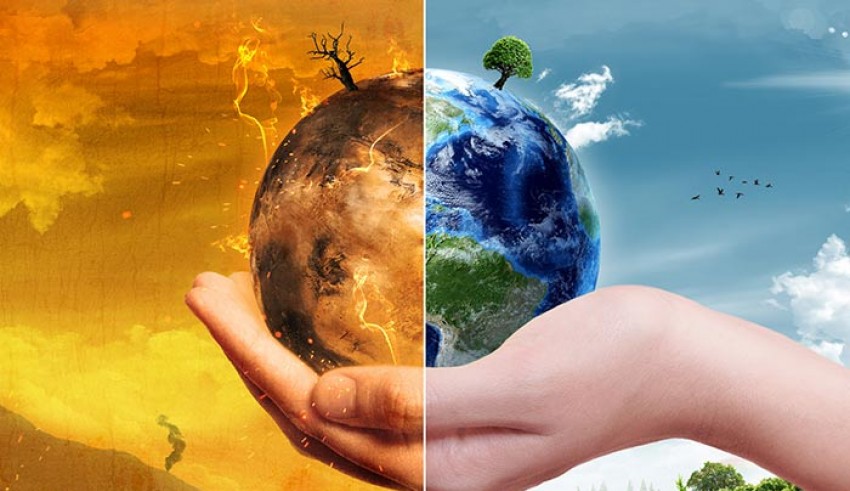 Global warming is very real. It does not matter how much the world leaders may ignore the problem, global warming is causing climate change. Prolonged heat-wave conditions, in other words, a summer lasting up to eight months, could be the new norm by the 2070s for the Gangetic plains, if greenhouse-gas emissions are not cut to limit the global temperature increase to 2°C, according to a new study in the journal Environmental Research Letters. The world is getting not only hotter but also more humid.

The combined scientific measure of heat and humidity is called “wet-bulb temperature”, which hardly ever crossed 32°C between 1985 and 2005. The nature of such heat waves has since changed because of rapidly growing greenhouse gas emissions, exacerbating climate change.

In the Gangetic plain, one of the world’s most climate-sensitive regions, wet-bulb temperatures currently touch 31°C, on average, one day every year. By the 2070s, these heat waves may become 100 to 250 times more frequent, said the study. Using a suite of 18 climate models, two emissions scenarios, and five population-growth scenarios, Ethan Coffel, 27, a final year doctoral student at Columbia University, and two other scientists, also estimated the possibility of the wet-bulb temperature approaching or exceeding 35°C, the theoretical human heat tolerance limit by then.

“Our emissions trajectory is likely to determine whether such extreme heat occurs this century,” Coffel, the lead author of the study. “But if it does occur, it will likely be in India, the Middle East, the Amazon, and parts of eastern China.” This temperature rise, he said, is “one of the most serious threats to our society”. By the 2070s, on the days with the highest wet-bulb temperatures, specific humidity would have increased between 10% and 15% relative to high wet-bulb temperature days in the historical period, across all the four susceptible regions: India, eastern US, West Africa and China. However, increases in temperature on the days with the highest wet-bulb temperatures will range from 1°C to 2°C in India to 3°C to 4°C in the eastern US, West Africa, and eastern China.