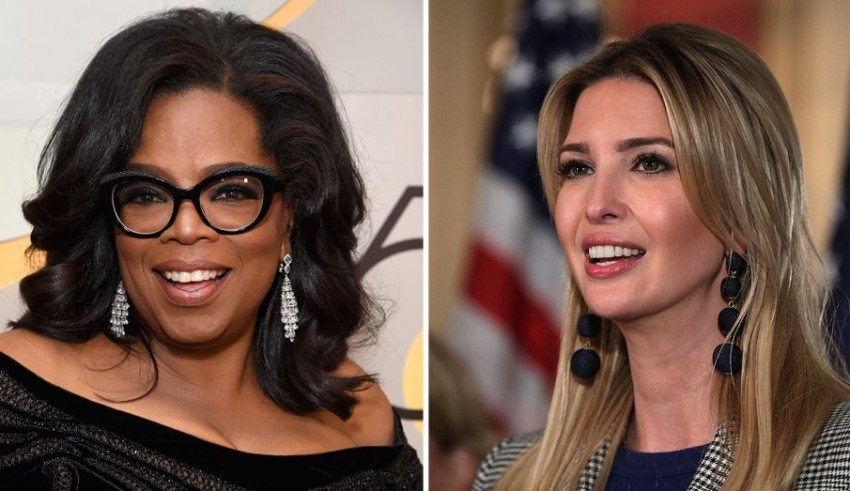 Oprah Winfrey’s speech at the Golden Globes on Sunday night was awesome and first daughter Ivanka Trump was also one of the admirers of the speech and called it as “empowering” and “inspiring.”

Ivanka expressed her views on Twitter and Twitteratis backslash with furious backlash.

Trump tweeted her  approval on Monday night for the speech, and elevated everyone to “come together, women and men and say #TimesUp.” She also added the hashtag #United.  Here is what she tweeted:

Here are the Backslashes:

.@MichaelWolffNYC reacts to Ivanka Trump's new tweet in support of #TIMESUP: "Who does she think her father is? What does she think this White House is about?" #LastWord pic.twitter.com/sIE1mh5DSd

Times up for who? Your predatory father?

so like how, in your mind, did you see people reacting to this

This is the most hypocritical, clueless statement in her regrettable time in the WH. Your father has a trail of victims and supported Roy Moore, Ivanka. YOU are indeed part of the problem Ivanka. #complicit

This is the most brazen cognitive dissonance I’ve seen since whatever the last thing your declining dad did.

Great! You can make a lofty donation to the Time's Up Legal Defense Fund that is available to support your father's accusers.https://t.co/A8HCVa715v

Ivanka saying "Time's Up" doesn't just tell you something about her intelligence (or lack thereof); it tells you what she thinks about everyone else's.