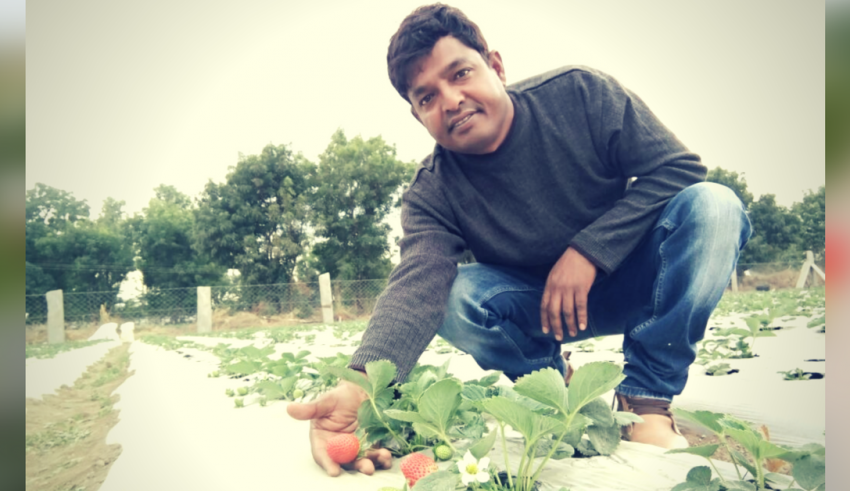 Deepak Nayak is an engineer with ancestral land in Rajasthan. While growing up, he would often visit his family’s ancestral land in Rajasthan which was being managed by farm labourers as no one had no time to work on it. “Those few days spent on our farm were the most memorable and relaxing moments of my childhood, and I would often crave to spend more time there. But then, the rat race of the city life did not allow me to do so,” says Deepak talking from his farm in Rajasthan.

After finishing his engineering degree, Deepak chose to be a freelance web designer. He secured laurels in the field and had clients all around the world. However, something seemed to be missing from his life. Deepak started missing those peaceful moments at his farm. He would often spend time at his farmhouse built at his farm in Birantiya Kallan village in Pali district of Rajasthan, and realised that farmers were still using the age-old methods and growing same crops year after year even if they were not very profitable. He sought to change that and bring about a revolution in crop farming on his ancestral land. “I wanted a peaceful life after I retire and that was possible only by staying closer to nature, and so I decided to start farming,” he said.

“Once I went for a holiday in Maharashtra and found strawberry farms in places like Satara, Jalgaon etc. which had the same climatic conditions as Rajasthan. That is when I got the idea of growing strawberries on my farm too,” Deepak said. “In our village farmers mostly grow chana, moong, bajra etc. They had never heard of or tasted strawberries. When I said I want to grow them, they all laughed at me.” He decided to learn on his own from the internet and saw YouTube tutorials about strawberry farming. Once he was sure that he could go ahead with it, he shifted to Birantiya Kallan in October 2017 and decided to grow strawberries in only one acre initially. After two months of hard work, that one acre bore fruit of his success.

Deepak has a message for all the farmers who want to quit farming because of losses. He says, “It’s not that you don’t face issues in business or jobs. There are ups and downs in every field but running away can never be a solution. This is our land, our soil and we must never give up on it. If we wish our future generations to lead a pollution free and healthy life then getting back to farming is the only and best way to ensure this.”