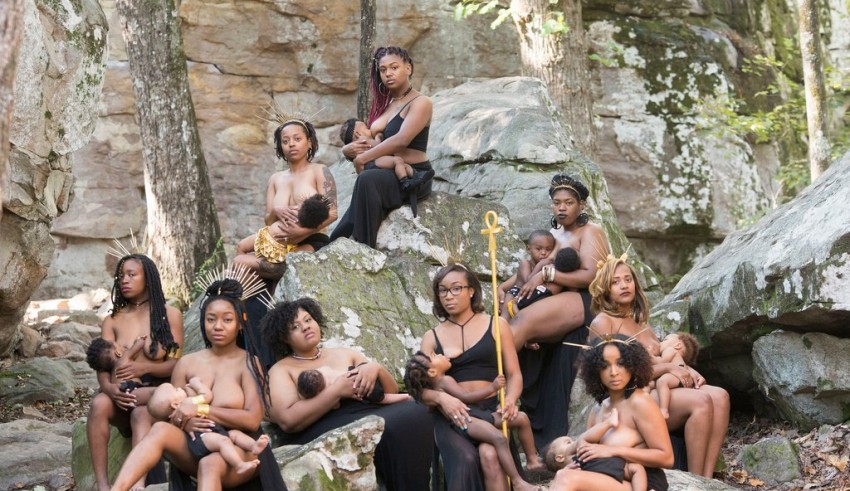 Angela Warren is a mother and member of a Facebook group called Chocolate Milk Mommies of Birmingham. What makes her noteworthy is that she wanted to raise awareness and support for the women of color who wish to breastfeed their babies. She followed up on her thought and staged a series of pictures that feature women of color feeding their babies in an outdoorsy place. The photoshoot was done by a local photographer and founder of H&C Inc., Lakisha Cohill. In an amazing series of pictures, she captured the women and the natural beauty of breastfeeding.

Lakisha talked about how important it is for people to show their support for women of color and also rally behind the idea that it is a mother’s decision on how she wants to feed her child, saying that being a part of the movement was a life-changing experience and it had changed her views too on breastfeeding. She revealed that she had not breastfed her child due to the lack of knowledge and support but after meeting the amazing Chocolate Milk Mommies of Birmingham, her mind was changed and she was convinced that a mother should nurse her children naturally. She said that the women in the group have created a community that is solely based on providing awareness and support to women who wish to breastfeed their children.

Lakisha said that each of them represents a chapter in the history of the women of color and she also felt like their gender has always been given a set of instructions to live by. Lakisha said that it was time to let go of the instructions and live life the way that they wanted to live. The ultimate goal of the group is to normalize breastfeeding and the sole purpose of the photoshoot was to represent the fact that women of color breastfeed their children even when they are encouraged not to and they are here to break the stereotype and support one another in their decisions.