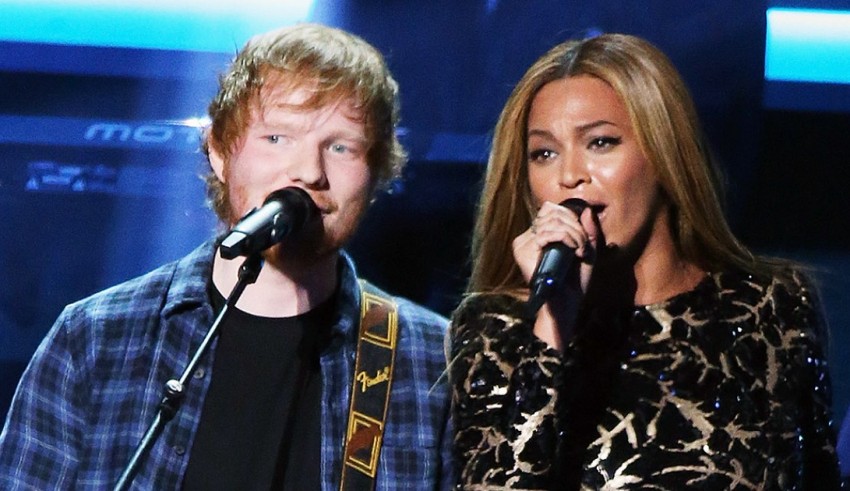 Everyone knows that the contact details of celebrities is a highly confidential matter and only their close ones have the necessary details. However, it appears that getting hold of Beyonce is not as easy as one might think for even those who are in touch with her. Pop star Ed Sheeran reveals the very unique way that Beyonce has made sure that her contact details are kept private in an attempt to stay hidden from the rest of the world. According to Ed Sheeran, Beyonce changes her email address every week as an extra security precaution. It is only a wonder how people manage to contact her amidst all the changes.

Ed Sheeran made this revelation on the show Entertainment Tonight along with the fact that he maintains a single email address for all correspondence and that is in sheer contrast with Beyonce, who changes her email address every week. Ed Sheeran said that Beyonce is very good at hiding and that he aspires to be as good as her one day. He also praised the 36-year-old singer, saying that her vocal skills are unmatched and that she managed to complete her duet with him in a single shot and that Perfect has been in the making since May. Beyonce has not yet commented on her alleged email operations.

Ed Sheeran was also asked if there is a possibility of him performing at the royal wedding of Prince Harry and Meghan Markle. He got a bit exasperated and said that he gets asked the same question many times and that he has met Prince Harry only once and barely knows him to be performing at his wedding. But upon further pressurization, Ed Sheeran gave in to the question and said that if he was free to perform on their wedding, he probably would.