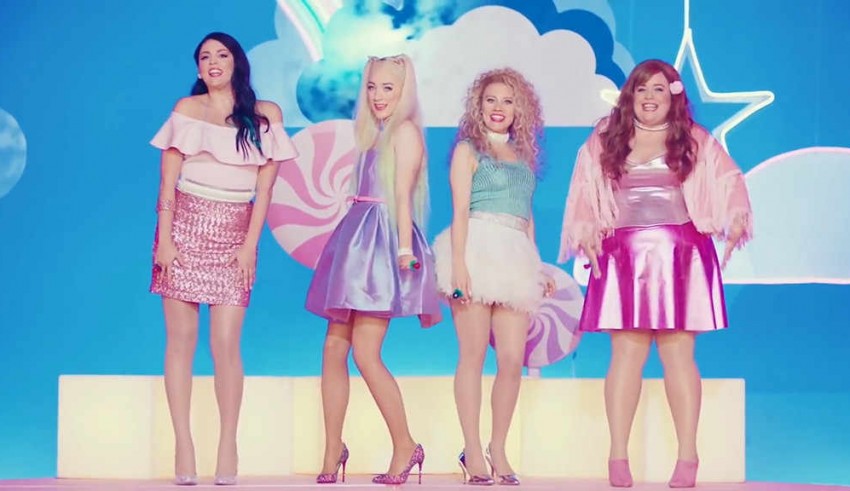 Saturday Night Live, more commonly known as SNL, is one of the most loved shows around the world. Its host, Saoirse Ronan, joined cast members of SNL, Cecily Strong, Kate McKinnon and Aidy Bryant, to sing a new song on the sexual harassment scandals that have been encircling Hollywood, Washington, and other American cities, and titled it ‘Welcome To Hell.’ The singers wore brightly colored clothes and posed in front of a sunny skyline, rainbows, and candles on the stage of SNL. However, the subject matter of the song was contrastingly quite darker than the bright setting that they stood before.

“Hey there boys, we know the last couple months have been freaking insane,” Strong said, twirling her hair. “All these powerful guys are turning out to be, oh what’s the word? Habitual predators,” Bryant said, amid fluffy clouds and giant cherry props. “Here’s a little secret that every girl knows,” Ronan said, before the ladies welcomed everyone to Hell, where “it’s like a maze here, all full of boners.” “Well House of Cards is ruined, and that really sucks, but here’s a list of stuff that’s ruined for us,” Ronan intoned before the group listed off such things as vans, hotels and Ubers. “This ain’t a girl group, we just travel in a pack for safety,” Bryant explained.

We know how hard it is for women to endure such things in a society that still has a male superiority complex. However, Leslie Jones drew everyone’s attention to the fact that as much as it was hard for women, it was even worse for women of color. Everyone was in agreement with the statement. The singers ended the song with the words that while it was not fair at all, the world being sexist and all, but it is the one that we have got and asked the newcomers to just pull up a chair. Welcome To Hell!