January 18, 2022
6NewArticles
Home Lifestyle Health Washing An Apple; You Are Most Probably Doing It Wrong 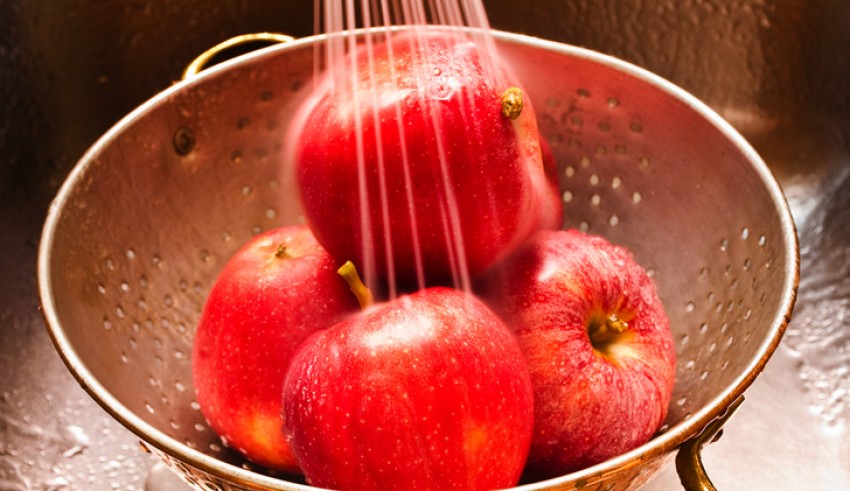 Apples are good for our health. But they are also laced with pesticides and insecticides which raises concerns in people’s minds. How does a normal person wash an apple? Running it through water or cleaning it with a paper towel or a napkin? Either way, you are doing it wrong. Researchers at the University of Massachusetts claim that they have found a way that supersedes any current way of washing an apple. According to the researchers, using baking soda is a better method of washing the pesticides off the apples. These findings were reported by the researchers in the American Chemical Society’s Journal of Agricultural and Food Chemistry.

To reach these results, the researchers used two types of pesticides, the fungicide thiabendazole, and the insecticide phosmet. During the course of this study, they washed the apples using three different things, tap water, a solution of water and baking soda, and a commercial bleach solution approved for use by the Environmental Protection Agency.

We have often been told that an apple a day can keep the doctor away but not washing an apple properly might lead the way to the emergency room. Washing an apple properly, with a common pantry agent, the baking soda, for an appropriate amount of time will help you find all the nutrients that you need in your daily dose of apples.