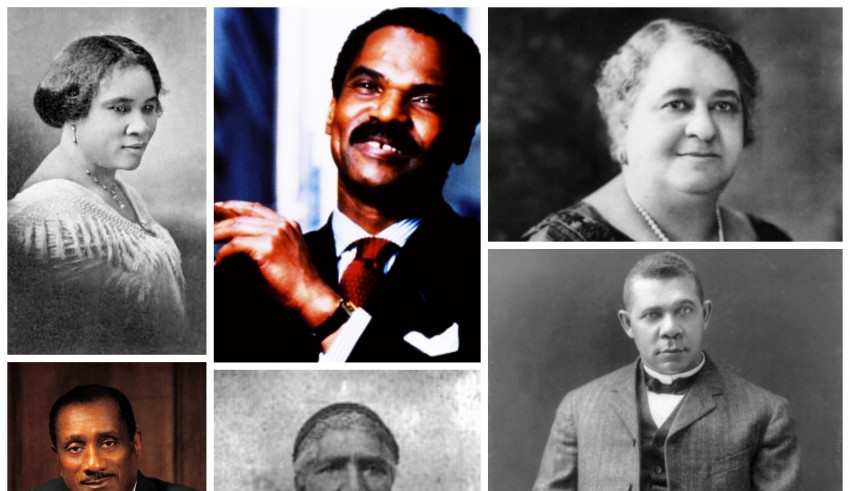 Starting a business is never easy. It involves a high amount of risk, patience, willpower and extraordinary ability to compete and ‘never back down’. And for all the reasons, these qualities are highly appreciated in a ‘Black Man’. No, we aren’t being racial here, but, what we are focusing on is the evolution of a race that has long be slaved, crushed and exploited by other races, time on time.

But, to the surprise of some traitors, black people did evolve and there are a number of Successful Black Entrepreneurs in the History that vouch for their evolvement. These entrepreneurs did a lot of hard work to earn the position they had where they stood head held high.

Let us have a look at 20 most successful black entrepreneurs throughput the history:

Sarah Breedlove also called as Madam C.J. Walker, developed a line of beauty and hair products for Black women through her company, Madame C.J. Walker Manufacturing. Quite similar to Annie Malone, Walker was among the self-made millionaires. It is also said that Walker came to know about Black cosmetology through Malone’s Poro College.

In the period of 1980’s, Reginald Lewis was counted among the wealthiest Black man. In 1983, he started a venture capital firm by the name of TLC Group L.P. In 1987, he purchased Beatrice International Foods and renamed it TLC Beatrice International. This company became the first Black-owned company which has more than $1 billion annual sales.

Annie Malone, started a commercial and educational business with the name of Poro College. The main lead of the business was to make cosmetics for Black women. This business was also used by her to teach people about Black cosmetology, which lead to the creation of 75,000 jobs for women. She even developed a chemical, which helped Black women to straighten their hair. Today, she is among the first Black female millionaires in the United States.

Johnson is a famous businessman. He is the maker of Johnson Publishing Company which was home to both “Ebony” and “Jet” magazine and the “Negro Digest”. He was the frist African-American to appear in the Forbes 400 in 1982. Aged, 87 years, will always be cherished as the most influential African-American businessmen in media. He was awarded  National Association for the Advancement of Colored People’s Spingarn Medal & Young Man of the Year by the United States Chamber of Commerce.

Clara Brown, who was a slave in earlier times, moved to Colorado and started with a laundry business. Whatever she earned from there was used by her in real estate. She owned 16 lots in Denver, seven houses in Central City and other property around Colorado.

David Ruggles was regarded as abolitionist and journalist. He played a great role in the liberation of slaves as part of the Underground Railroad. He was the one who started the first bookstore in New York City which was owned by a black. The credit of establishing the New York Committee of Vigilance also goes to David Ruggles.

In the list of famous black American,  Joseph Randolph is an inseparable addition. In 1810 he opened an African Insurance Company to assist support African Americans and give benefits to those who did not desire to link with the mutual aid Free African Society.

In the list of successful black people, William Johnson occupies a great position In 1820, he became a barber’s trainee in Natchez, Mississippi. Later on, he became the proprietor of a barber shop and spent his extra time teaching young Black men about barbering.

Maggie Lena Walker was the first Black woman to license a bank in the U.S., opening St. Luke Penny Savings Bank, where she worked as the president.

Joseph Cassey who resided in Philadelphia, owned a wig, perfume, and barbershop business. He was a successful black entrepreneur and was regarded as a great example by the black community.

Dr. Thomas started working as a  Professor of Health Policy and Management at the Johns Hopkins Bloomberg School of Public Health. Since 1990, he has taught countless policy analyst and healthcare administrators and was in contact with many of them to this. While he enjoyed teaching and conducting research, he wanted to have more practical experience. This gives him the instinct to start the company Clearview360. This company offers the tools for healthcare organizations.

In the 1850s, Wilcox became a comprehensive and retail grocer in Cincinnati. He was among the first bunch to start up with high-quality grocery stores. This store offered the fanciest and best brands of hams, dried fruit, soaps, and other articles.  This stores made him enter the list of successful black people.

Cuffee was a successful 18th-century sea captain and businessman. His all-black crews provided service to the Atlantic Coast and sailed to Europe and Africa. After the American Revolution, he assisted the British effort to resettle freed slaves.

Smith grew up in Pennsylvania. From a young age, he was asked to work in the lumberyards by Thomas Boude, whose wealth came from his wide lumber business. He bought his freedom for $50 at the age of 21, he continued to work in the lumberyards until he started with his own lumber business in 1822, as well as dealing coal. By the 1850s, Smith was grossing $100,000 in annual sales. By 1857, Smith had a worth $500,000. Smith was not just a businessman but a minister too as he worked as chairman of the black abolitionist organization in Columbia, PA.

In the list of successful mixed-race businessmen in America, Alexander was a part of it. He was a well-known figure in trade and real estate around the early- to mid- the 1800s, having built San Francisco’s very first hotel, as well as having worked as the city’s first treasurer. He’s is regarded as the America’s first millionaire of black descent; in 1856, his estate was valued more than $1.4 million.

He was an American slave who ultimately bought his freedom.  Free Frank became a saltpeter maker and businessman. He saw mainly high success during the War of 1812 when saltpeter was in high demand. Because of his success, he was able to get the freedom of 16 members of his family). He is also called as the first African-American to found a town in the United States; in 1836, he made the town of New Philadelphia in Illinois.

Myers was a powerful figure in creating one of the first trade unions which consist of African-Americans. After 1,000 black ship caulkers lost service in Baltimore after the Civil War, Myers planned the workers into a union, creating the Colored Caulkers Trade Union Society. Regardless of interest from the National Labor Union black members constantly faced opposition to membership. The Colored National Labor Union was set up as a result, with Myers at the helm. 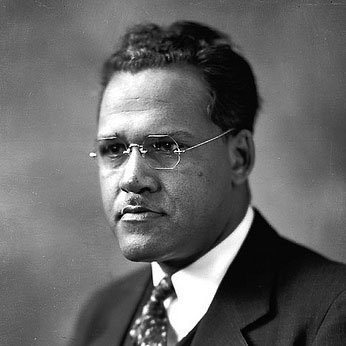 He was the first African-American to make cars. His father, Charles Richard Patterson, cofounded the carriage business C.R. Patterson & Son Company and ultimately bought out his 20-year partner, J.P. Lowe (who was a white man). After his father’s death, Frederick Patterson made the Patterson-Greenfield car and was in direct antagonism with Henry Ford’s Model T.

These three together started the North Carolina Mutual Life Insurance Company in 1898. It is now-oldest and largest African-American life insurance company in the United States.

In the Post-Reconstruction America, Booker was quite an influential person. While he was never precisely an entrepreneur, his life work was dedicated to advancing the educational and economic position of blacks in the United States. He authored 14 books.

Success comes to you if you try hard, no matter you have a white skin or black. And, these successful black entrepreneurs make us believe that despite every odd, you can win if you want.