May 17, 2022
6NewArticles
Home Peppy Tab For A Cause Donates To Charity For Every Tab You Open 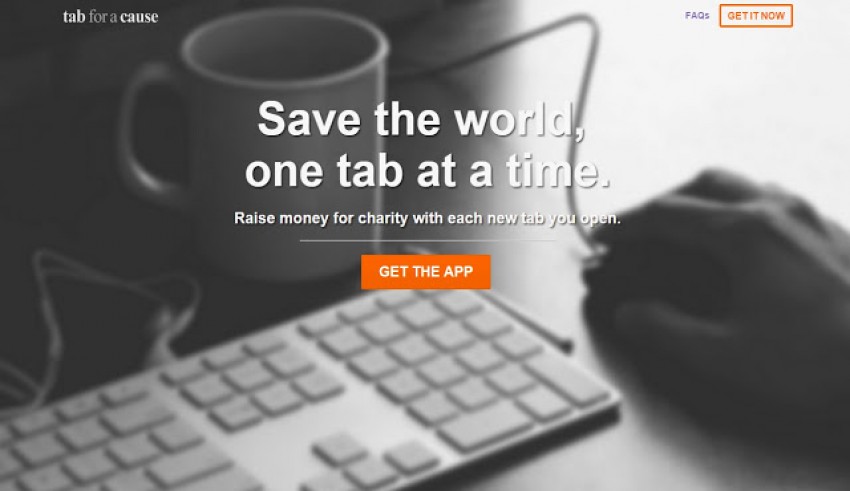 Every day that we surf the internet, we open hundreds of tabs. We see thousands of advertisements and people make money off of our browsing each second that we access the internet. There exists a web app for quite a few years now that many people are not aware of. Called Tab For A Cause, this web app donates to various charities that are working round the clock to make this world a better place to live in. When a user signs up for the web app, each time they open up a tab, the otherwise blank canvas fills up with advertisements and blogs that pay the company which in turn donates a part of it to charities like Water.org and Save The Children. Click Here To Sign Up

According to the financials posted on the company’s website, in the second quarter of 2017, the company raised more than $28,000, donating them to ten various charities. For example, by signing up for the cause, each time you open a tab, a portion of the revenue generated by the advertisements goes to building local libraries for kids through Room to Read, or provide clean drinking water and sustainable water supply systems through Water.org. Other charities which receive donations through Tab For A Cause are Human Rights Watch, Educate, Conservation International, Action Against Hunger, and Foundation to Decrease Worldsuck.

Till date, the company has raised more than $400,000 through advertisement revenue. Apps like Tab For A Cause are a great way for charities to receive donations as everyone can donate a small amount by doing nothing but surfing the internet just like any other normal day. There are many other apps that allow such donations to be made to charities through every day activities. Charity Miles allows walkers, runners, and bikers to earn money for donations through mileage. Tab For A Cause donates one-tenth to one-fifth of every cent each time a user earns a heart.