May 18, 2022
6NewArticles
Home Peppy Yes, Feeding And Watching Birds Too Good For Well Being; Get Involved 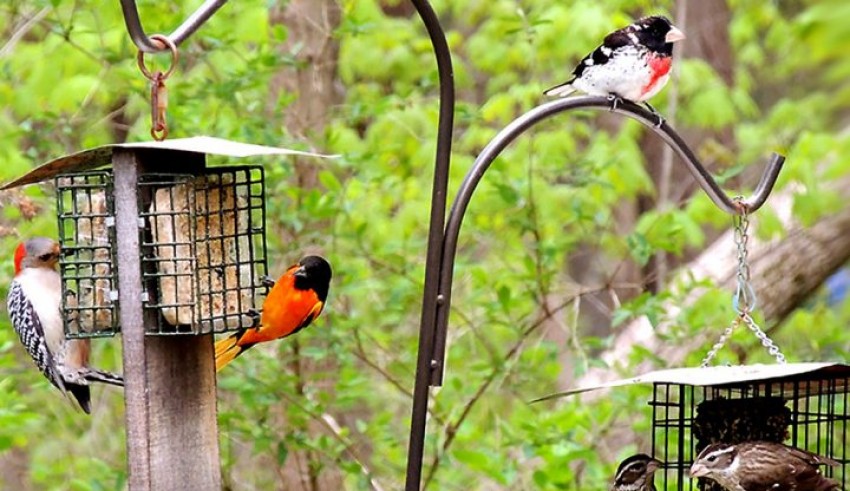 I have observed people feeding and watching birds since my childhood.  Even now, during the morning cycling, sometime I see people feeding the birds. I don’t as to whether it is because of limited natural food sources or on the advice of pundits or astrologers as a preventive measure of one’s well being.

During my visit to metro cities rather even on foreign lands, I have seen that certain places are fixed for feeding the birds and people passing by the side watch them carefully to have a glimpse of species that one may not have seen otherwise in life.

I recollect that we too used to keep something eatable for the birds on the terrace with an earthen pot full of water in our childhood but now that practice is stopped with one or the other reasons.  Perhaps people are now confined to their bedrooms and getting away from enjoying the natural beauty.

While in conversation with an old timer, I was put wiser on the bird therapy and its importance.  I was told that those who feed the birds have the specific purpose in life which provides them inner satisfaction.  It also reduces the isolation and loneliness.

If one’s house is open to the sky with a window, he definitely feels pleasure when a bird comes to the room window and makes noise in their chirping language as if demanding something to eat.  Some people keep even the nicknames based on their behaviors – like swingy that frequently moves feathers etc.

Psycho-therapists are of the view that feeding and watching birds can provide physical therapy to young people especially for those who have less mobility and lack the motivation to exercise on their own. For example, the simple hand and finger movements with the breaking the bread into small pieces for the birds help them in providing exercise for fingers and hands.

Not only this, watching birds provide a better eye movement which increases the visual field among the children.

I still remember that a lady used to come to the railway station to give something to eat for the black crows and keep watching till they finish which one of my friends told that to fulfill some wish, some pundits recommend with such instructions.

Frankly speaking, still sometimes I go to my school building where I passed out my schooling to listen to the chirping and singing by birds to enjoy the natural beauty to stimulate auditory senses.

Even sometimes I record their voice on my mobile and passed on to my groups which are liked by everyone. One of my friends even commented that I could listen to the birds’ conversation in their own language after a number of years.

Still, there is a habit among some people to whistle with the words in their voice to attract their attention which too provides a vocal exercise and involvement with nature which too had a healing effect.

So let us not confined to four-walls only, get involved with the birds in different areas in the neighborhood since they too have great therapeutic value for those who get involved.