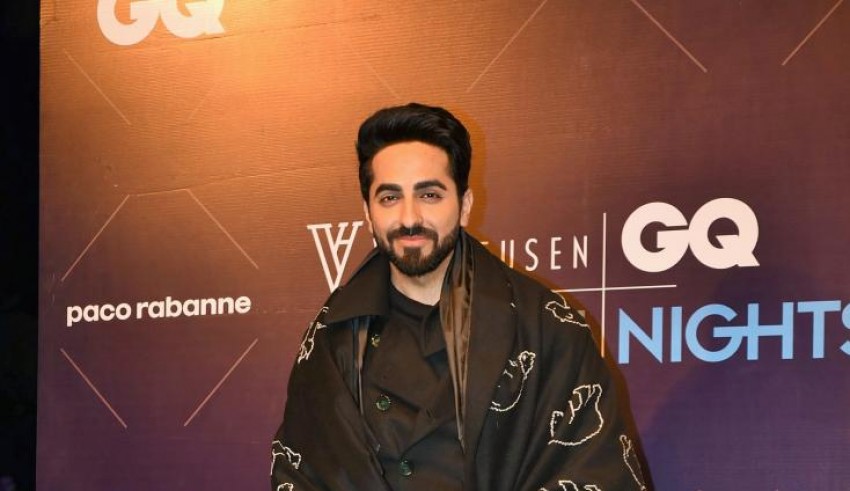 Talking about Ayushmann Khurrana brings three things to mind: the cute smile, the killer sexy attitude, and a good fashion sense. He lit the screens on metaphorical fire with his performance in Bareilly Ki Barfi and Shubh Mangal Savdhan. He proved his mettle as an actor with his performances in both the movies. However, this time, we are concentrating entirely on his raw sexy looks. Ayushmann Khurrana walked the ramp for designer Sahil Aneja on Day One of the Van Heusen and GQ Fashion Nights. Aneja’s winter line, aptly named ‘HiBearNation’, looked fabulous on Ayushmann Khurrana.

The actor wore an asymmetrical ensemble, scorching the runway with his hotness in the wake of his walk. The clothing line is a fusion of street style and fine tailoring and the self-printed fabric and text played an important role in seeking inspiration from the youth of India. As described by the designer himself, the winter line was a fun collection. The silhouettes were oversized and there were multiple layers involved, along with a lot of quilting and other techniques. Aneja said that the shirts from the collection can be easily worn in the winters of Mumbai while the jackets will come handy to a person facing the winters of cities like Delhi. Ayushmann’s ensemble primarily consisted of two colors, black and grey.

Other notable actors who graced the ramp were Anil Kapoor in a brown Raghavendra Rathore bandhgala and white jodhpurs, Dino Morea for Van Heusen in a checkered green coat and grey pants, and Radhika Apte in a mustard tunic along with a grey waistcoat and trousers by designer duo Shantanu and Nikhil, sporting a nose ring too. But everyone will agree that it was Ayushmann Khurrana, with his ravishing look, grace on the runway, and sexy killer attitude, that looked like a total eye candy on the ramp.