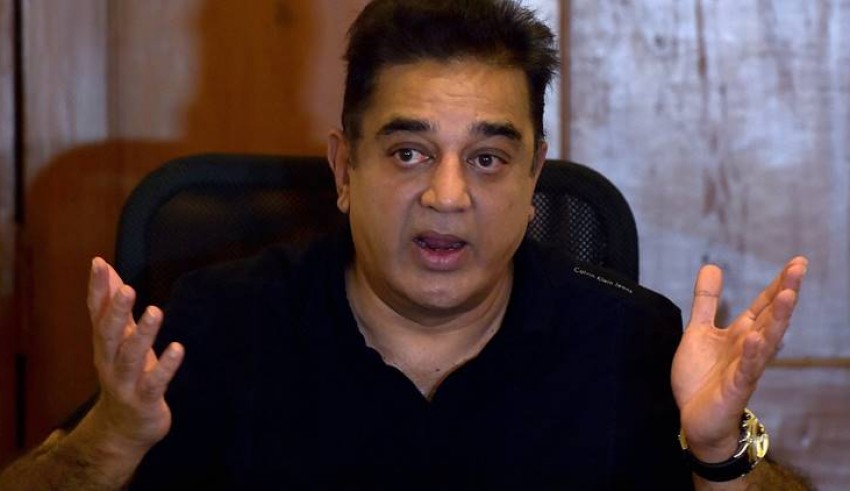 Akhil Bharatiya Hindu Mahasabha said on Friday that Kamal Haasan and people like him should be shot dead. This remark came after the veteran actor’s remark about the right wing groups allegedly moving from engaging into debates to employing terrorism to propagate their communal agenda. National Vice-President of the Akhil Bharatiya Hindu Mahasabha outfit, Pandit Ashok Sharma said that Kamal Haasan and the likes of him should be shot dead or hanged in order to teach them a lesson. He said that any person who engages in using abusive language against the people of the Hindu faith has no right to live on this holy land and must get the punishment of death in exchange for their remarks.

Another prominent leader from the Akhil Bharatiya Hindu Mahasabha called for a boycott against the movies in which Kamal Haasan or his family members have a part in. The President of the Meerut chapter of the outfit, Abhishek Agarwal said that all the party members have pledged to boycott the movies in which Haasan and his family members will be starring and he urged all the Indians to follow suit. He said that the people who insult Hinduism and its followers should not be forgiven.

Kamal Haasan writes a column in a Tamil magazine and the latest edition that hit the racks on Thursday, Kamal Haasan wrote that the right-wingers can no longer claim that there are no Hindu terrorists and that terrorism has spread into their fold too. This remark came in response to a question asked by Kerala Chief Minister Pinarayi Vijayan. He had asked the actor of his opinion on the attempts on infiltration of the Hindutva forces into Tamil Nadu. Kamal Haasan has promised to make a big announcement on November 7, when the actor celebrates his birthday.