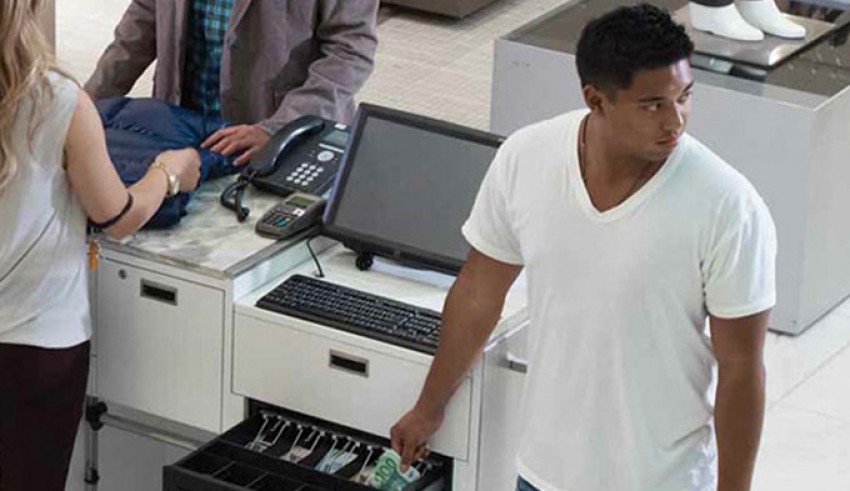 Really when someone does a wrong, we instantly say that he will definitely be punished. It also reminds me that a dialogue in the Anand movie by Rajesh Khanna – Hum Sab Rang Manch Ki Putlian Hain, Jis Ki Bagdor Upar Wale Ke Haath Mein Hai – we all are a puppet at the stage of this colourful life whose thread is in the hands of Almighty – the supernatural power in this universe.

Gone are the days, when a bag or something is lost on the way, one could get it back if tracked back from the way one has come. But with the passage of time, everything looks to be changed. The unemployment has given birth to stress and frustration and those who are indulged in drug addicts resort to thefts, robberies, cheating etc.

Thanks to the invention of CCTV – Close Circuit Tele Vision cameras which have helped in nabbing the accused wherever they are installed to some extent. But those who are professional thieves are more intelligent to crack the CCTV camera at the place of their target to eliminate the chances to recognize them or track them. But these surveillance cameras are successful in preventing the crime to some extent.

The CCTV cameras can also capture a clear picture of the people entering and exiting the school premises. Had the CCTV camera working in Ryan school, the accused could have been detected easily and there would have been a sense of security to the students as well as the staff of the school. The installation of cameras helps in maintaining discipline knowing that they are being watched.

Not only this, the installation of CCTV cameras also helps the higher authorities to closely monitor the behavior of children towards their peers and their teachers.

There are a number of incidents of use and misuse of this technology in the past which has cropped up many controversies and exploiting through the character assassination. The recent case is of Sucha Singh Langah whose video in a compromising position was viral on the social media putting him behind the bar to face the course of law.

The positive side is that now with the advanced technology, one can watch the movement at his home, office, restaurant or the actions of the babysitter at your home, while at a distance. When my elder brother last visited his hometown for a week’s time, he was in touch with his home and watching every movement outside his house on his mobile. One day on seeing his elder son standing outside his home for more than thirty minutes, he made a call to him to know the reasons for standing outside for such a long time. Likewise, the unidentified could be pointed-out which you are away from your home.

Frankly speaking, the purpose of CCTV Cameras would be fruitful only if the people who have covered their cases with a cloth or a scarf should not be allowed to enter the premises where these are installed.

But when I saw this catchy title, at one showroom, – Upar Wala Sab Dekhi Raha Hai – the first thing came to my mind was it must be related to Almighty – who can see anybody’s action from the sky. But since I was standing in the electronic shop, I immediately recollected that this is related to the CCTV cameras – which in simple words remind us not to do anything wrong in life even in the fraction of a second because of Upar Wala Sab Dekh Raha Hai.