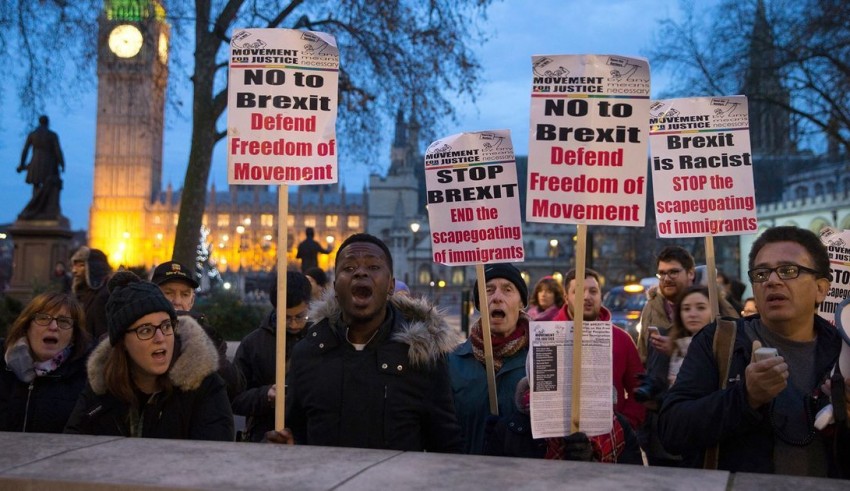 A 29 percent surge in hate crimes has been registered in the United Kingdom after the referendum for Brexit and the various terror attacks that took place in Britain. This was in accordance to the new figures that were released by the Home Office on Tuesday. This was the largest increase so far in the few years since the Home Office started recording these figures in 2011-12. There was an increase from 62,518 offences in 2015-16 to 80,393 offences in 2016-17. Nearly 6,000 incidents of hate crime were reported to the British police forces in June this year, a record for the British.

The last peak achieved in hate crime reports was in July 2016, as an aftermath of the referendum of Britain’s exit from the European Union. Even that was at 5,500 incidents in the month. This new peak of 6,000 incidents a month owes itself to the number of terror attacks that happened in Britain after the referendum for Britain’s exit. There was the Westminster Bridge incident in March 2017, Manchester suicide bombing in May 2017, and the various other terror attacks in London in June. The pattern of the increased number of hate crimes was repeated after the London Bridge incident and the Borough Market attacks and also post-attacks in Finsbury Park.

Hate crimes are usually motivated by five factors, religion, race, sexual orientation, disability, and gender identity. Race played an important role in 80 percent of the hate crimes that followed the various terror attacks. Rest of the crimes were attributed to sexual orientation at 11 percent and religious hate crime at 7 percent. While the majority of the hate crimes were racially motivated, the pattern for disability caused hate crime increased by 53 percent while those motivated by transgender discrimination increased by 45 percent. Officials say that this increase in disability and transgender motivated hate crime may not be a genuine increase but simply more people coming forward to report the crimes.