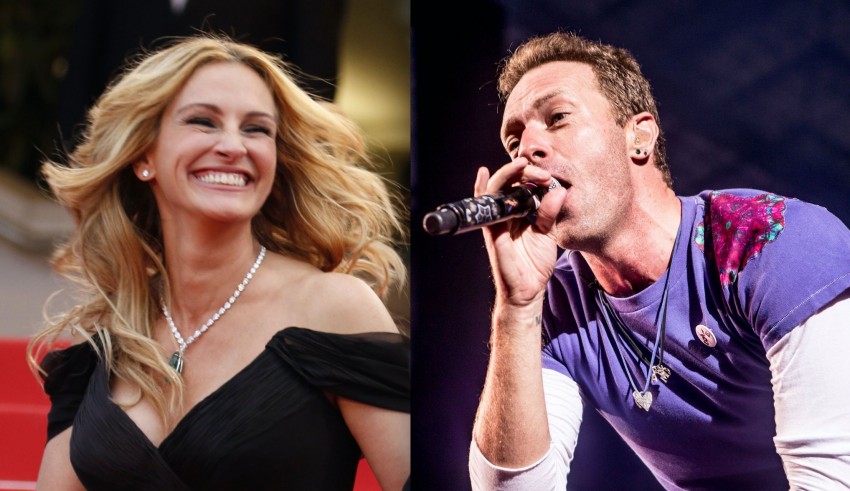 The 8th annual amfAR gala that took place in Ron Burkle’s sprawling Green Acres Estate in Los Angeles on Friday night was a spectacle in itself. Julia Roberts was honored in the event with a amfAR Award of Courage which was presented to her by America’s sweetheart Tom Hanks. The whole event was hosted by James Corden, host of The Late Late Night Show with James Corden on CBS. There was a special surprise for the people who attended the gala, a musical performance by Chris Martin, the lead singer of Coldplay. The three-hour event was a night to remember for everyone.

The event was kicked off by host James Corden, who was quick to poke fun at the recently disgraced film mogul Harvey Weinstein. Corden did not wait to see if his audience was ready for the jokes, since Weinstein had been a long time supporter of the foundation. After his first joke, he asked the audience to leave if they did not like the joke and warned them of more to come. No one left their seats, let alone leave the gala. Coldplay’s Chris Martin made a surprise appearance, singing a rendition of Roy Orbison’s ‘Oh, Pretty Woman’, and then inviting back Corden on stage for a duet on ‘Nothing Compares 2 U’ by Sinead O’Connor, dedicating them both to Julia Roberts and her smile.

amfAR Chairman of the Board Kenneth Cole made an appearance next, talking about the hurricanes, mass shootings and devastating fires that were happening all over the state. Live auction began, raising a total of $2 million by the end of the night. While Hanks presented the award to Julia, he aimed a good amount of fun at the expense of the actresses. He took jibes at her, asking her to be fascinating at the lunch bid that went on to the winning bid of $110,000, and attempted to redefine the word ‘movies’ with ‘anything with Julia in it’.

“What a night”, said Julia while accepting the award.