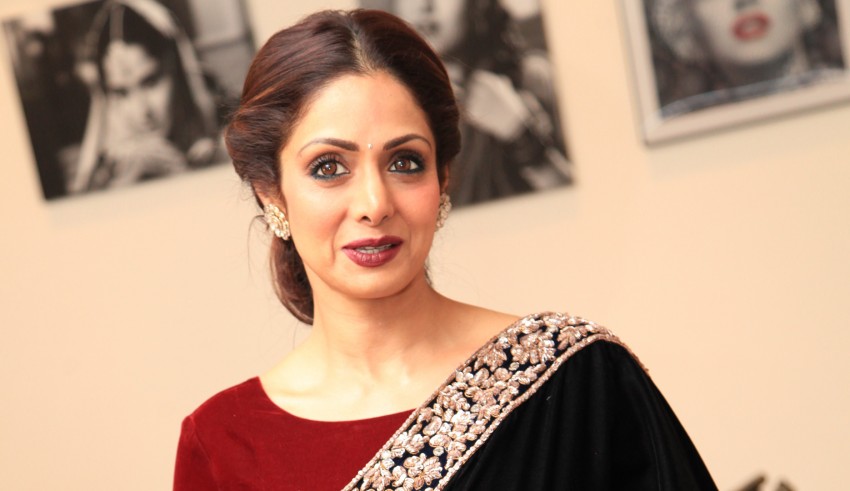 Bangalore Times Fashion Week had its maiden edition open like a charm just hours ago. And the event could not have taken place in a more glamourous way. The event was alive not just with fashion, but also with glamour, colours, traditions, blings and styles. The line-up for the fashion show included some of the most sought after designers in India and across the globe. PC Jewelers closed the night with a dash of Rajasthani royalty hinted largely in their collection. The showstopper for the exhibition of PC Jewelers collection was none other than Sridevi Boney Kapoor.

Walking the ramp is always special.Really excited to be the showstopper for the @PCJeweller show at @BangaloreTimes1 Fashion Week tonight.

Just moments before walking the ramp, Sridevi tweeted that she was quite excited to be the showstopper for the PC Jewelers show. The show by PC Jewelers was quite alive with the valor tales of the Rajasthani royalty. The models for the brand were all dressed in regal attire and donned on bespoke jewellry. Sridevi, dressed in a royal red lehnga with an elaborate gold necklace draped around her neck. The actress wore minimal makeup, with only a big matha-patti by PC Jewelers and bold red lipstick. All in all, Sridevi looked like a true Queen born to rule when she walked the ramp.

Talking more about the collection, designer Nupur Vasdev said that it was completely inspired from the culture of Rajasthan and PC Jewelers became the first brand to incorporate crafts, like Gotta Patti, Pichwai and Blue Pottery, into ornaments for both men and women. The Managing Director of the brand, Balram Gupta also said that his company was quite proud to be a part of the show and appreciated the Bollywood actress’ presence in their show, hoping to continue their association in the future as well.

In movies, Sridevi was last seen in “Mom” which marked her 300th film appearance. The movie was directed by Ravi Udyawar and was well received by fans as well as critics.