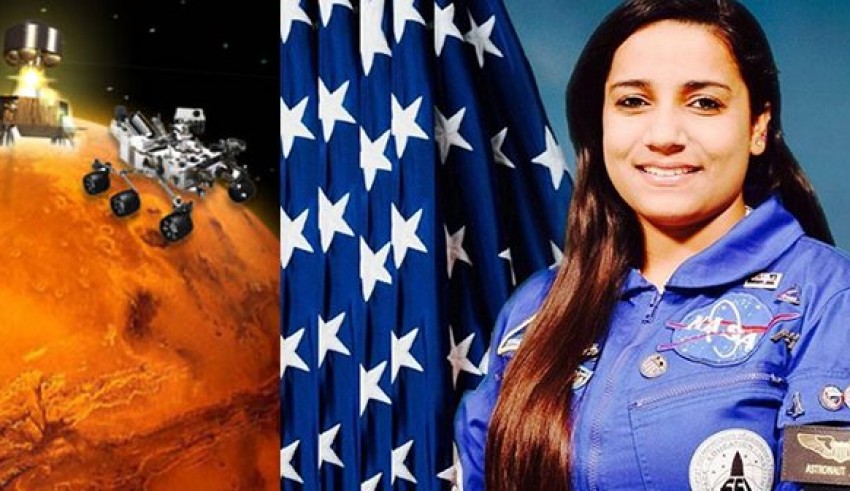 Every young person looks up to the stars and the cosmos and wishes to travel among the heavenly bodies one day. Most of us spend our lives without that dream ever coming true. When one of us gets that opportunity, we feel a sense of pride and admiration running through our body. The pride and admiration swells up a million times when the one travelling to space is someone from our own country. Jasleen Kaur Josan from Haryana has been chosen to be a part of the Mars Mission that is set to take place in 2030.

Jasleen Kaur Josan from Haryana has been chosen by NASA to go to the first man mission to Mars in 2030. #ProudIndian pic.twitter.com/GGH82SuDiL

Jasleen Kaur Josan is currently based in Huntsville, Alabama, where she is pursuing an integrated degree of Masters and Ph.D. in space science from the University of Alabama. Born in the city of Kurukshetra, Haryana in India, Jasleen Kaur Josan has travelled quite a lot in India for her schooling. She was inspired by the famous astronaut Kalpana Chawla who made history in 1997 by becoming the first Indian woman to travel in space. Jasleen, on the other hand will be the first woman to be a part of a mission to Mars that is set to take off in 2030.

Although there is another Mars mission in 2020, the group travelling to Mars in that mission is not set to return back to India. They will be creating a habitat on the red planet itself without any set date to return. Jasleen, however, is a part of the Orion Mission to Mars, which is a two-way journey to and from Mars. She will also become the first Sikh woman to be chosen by NASA for a Mars mission. Candidates for the Mars mission, Orion, were selected from all over the world. This was an exception by NASA, who usually selects astronauts who are US citizens only.