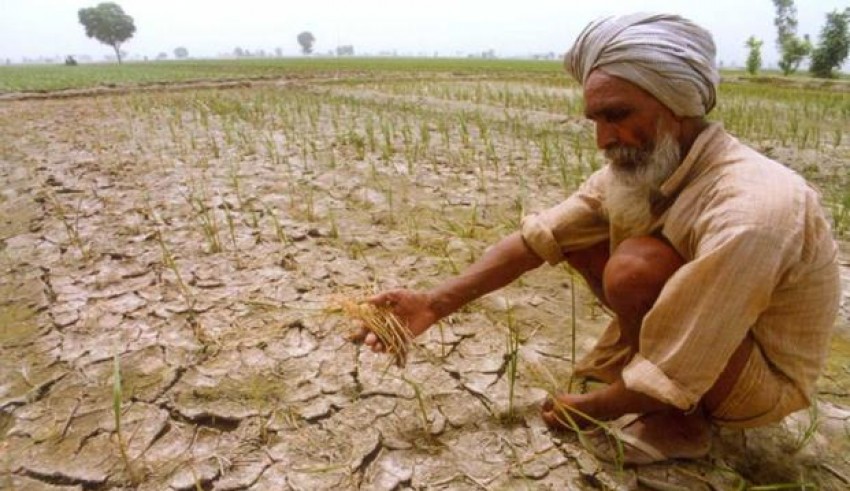 Since India has one of the highest suicides rates in the world and the worries of our financial experts and economists are not finding any solution which has disturbed the financial discipline not only of the farmers’ community but of the centre and state governments over the issue of waiving off loan of the farmers which is not at all a permanent solution. Our policymakers have to think out of the frame especially about the freebies.

Urjit Patel, the then Governor of Reserve Bank of India had clearly stated that loan waiver of the farmers as ‘moral hazard’ which might not have been liked by the government but it cannot be termed as a matter of surprise as any agency concerned with the financial issues, will be given the same statement. Both these personalities attached with CBS – core banking systems – of the country have expressed apprehension on the issue that with loan waivers, the financial discipline in the country will be greatly disturbed.

It has been observed that both banks and governments make no hue and cry for heavy dues from the loaners but when it comes to the farmers waiving off a loan, the financial advisors come up with rule books. But the problem remains the same, despite a number of suicides in the absence of any new policy, the loans are neither returned nor any waive off notifications are issued which involved heavy financial burden on the government exchequer.

The agitation by the farmers for remunerative prices of their produce as compared to the cost of production, are genuine which looks to be anti-BJP front which the opposition parties think the best tool to unseat the Modi-led government even before the general elections in 2019.  This action will not be less than playing with a fire which will burn them too, even if there is an alternative government and that too, is not in a position to waive off the farmer’s loans.

It is an admitted fact that with low income and high costs of cultivation, the farmers are dependent on loans only which go on accumulating with interest when it is not paid regularly.  The loans taken from the moneylenders by the farmers other than the bank who charge exorbitant rates of interest results in choosing to end their lives creating a problem for the rest of the family members.

At the same time, the farmers in the developed and industrialized countries do provide subsidies but the difference is that they produce much more than against the low consumption.  One is surprised to know that China which has less cultivable land than India, has surpassed India in agriculture when both the countries at part say about a quarter century back.

Around 70 percent of the population is engaged in agriculture and allied activities but for the small farmers the strategy of irrigation is faulty and they are at the mercy of the policy or the Almighty waiting for rains.  In such circumstances, the yield per cannot produce that much quantity to cope with the actual expenses what to say of saving for repaying the loans and managing the day to day affairs.

Talking about some hard facts, in our country, agriculture income is not taxed and the agriculture inputs are provided at the very highly concessional rates to the farmers in the farm subsidy.  Similarly is the position about the diesel supply, water pumps and what to say of electricity, which too is virtually free to the farmers. Keeping this in view the government determines the minimum prices of the produce of the farmers by keeping some corpus funds for distribution in the event of natural calamities of rains, cyclones, and droughts to help the farmers. The banks too are under the government directive to provide loans at the very low interest which sometimes are waived off putting an extra burden on the revenue of the government.

According to the note economic analyst Mohan Guruswamy, The subsidy bills are increasing every year from Rs.24,500 crores in 1990-91 while the capital expenditure to budget ratio is about 9 percent which is less than a quarter of the cumulative subsidies.  It puts the government in a very awkward situation to implement the Dr.Swaminathan’s report in toto to each the farmer’s plight.

About the keeping up solutions, it looks that loan waiving off can provide a short-term relief to a limited section of farmers as it has fewer chances of bringing the farmers out of the vicious cycle of indebtedness. The information of farmers from agricultural activities has to be raised for the survival of farmers from committing suicides and for easily repayment of heavy loans.  Apart from this improved technology, expansion of irrigation coverage and crop diversification towards high valued crops is the fitting measures for raising productivity and the income of the farmers.  But all these require public funding and support with due care without affecting the revenues diverted from other heads to farmer’s loan waiver.

Frankly speaking, what needed is a complete reorientation policy to stop the depressing trend leading to this suicide menace.  Committing suicide is not the permanent solution but fighting with the circumstances is.  Farmer has to understand to come out of ‘show of culture’ by living in lavishly constructed houses, with latest model cars.  Rather, they should concentrate on giving education especially the skill knowledge, to their children to stand on their own feet by starting their own business.

Counseling of the farmers is the best part, which needs to be made a regular feature of the banking sector while giving the loan, with a clear understanding to make the best use of the loan strictly for the purpose for which it has been obtained.

Our policymakers have to think out of the box by studying at the ground level instead of making policies while sitting in the air-conditioned rooms at the state and center headquarters. Intensification or strengthening the repayment capacity of farmers by improving and stabilizing their income is the only way to keep them out of distress.