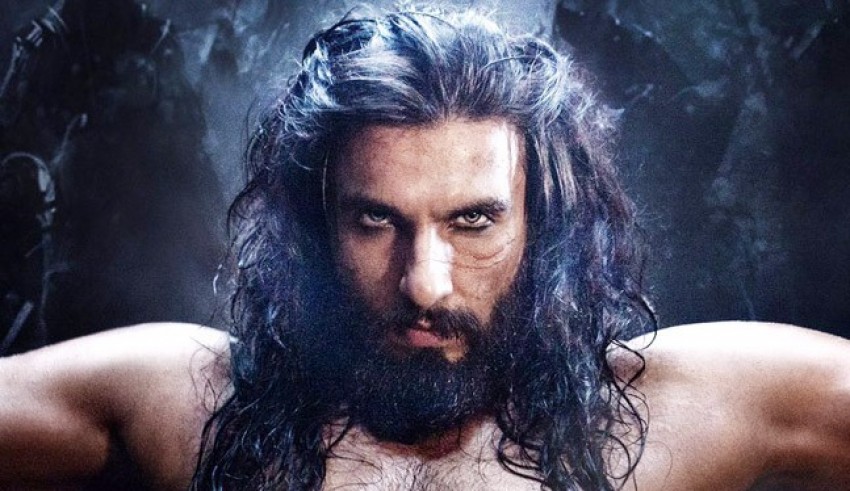 The first poster shows Ranveer in a menacing look sitting in a bath. His hair are thick and loose on his shoulders and his chest hair is clearly visible, glistening in the water from the bath. His glare pierces through the poster and appears to be looking straight into the viewer’s soul. In the second poster, Alauddin Khilji is seen admiring someone in the mirror. Legend has it that it was Rani Padmavati who Alauddin Khilji was admiring at that particular moment. The poster features two scars under Ranveer Singh’s left eye and his headgear adorned with lime green stones.

Ever since the poster made it out on Twitter, people have been comparing Ranveer Singh’s Alauddin Khilji look to many people. This ranges from Ishant Sharma to Arvind Kejriwal.

The closest look that Ranveer’s Khilji resembles is Aquaman Jason Momoa from the upcoming Justice League. The menacing look and the soul-piercing eyes are almost the same.

A Twitter user trolled Singh’s look in the bath to Arvind Kejriwal.

Another one posted a picture comparing Ishant Sharma and Alauddin Khilji.

Another Twitterati compared Khilji to Jason Momoa from his role as Khal Drogo in Game of Thrones.

The movie is to be released on December 1 and features Shahid Kapoor and Deepika Padukone among the cast other than Ranveer Singh.