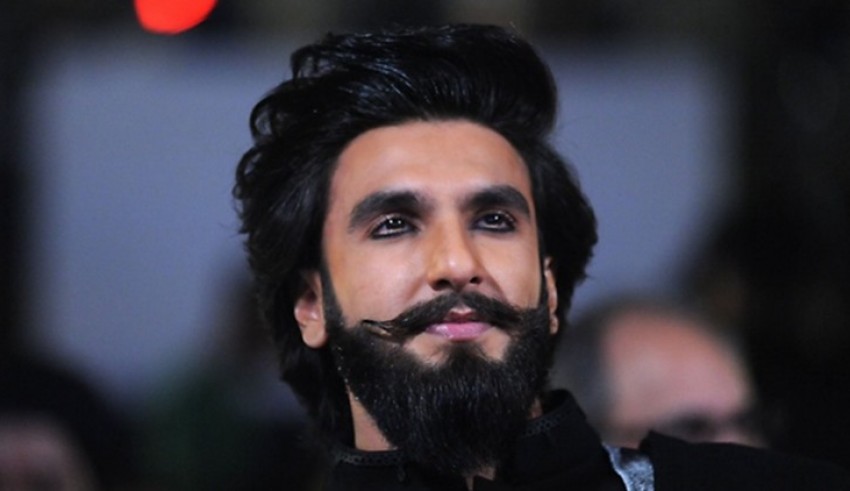 Padamavati, the most awaited film of the year is in talks again. The makers of the film have now revealed the looks of Ranveer Singh after revealing that of Deepika Padukone and Shahid Kapoor in the film and we must say he looked dashing and Evil in it.

This is the first time that Ranveer Kapoor will be playing a negative role in his entire career till now. He will be playing the role of evil sultan ‘Alauddin Khilji’. After seeing his look, we are speechless and stunned. He is the one actor who suits in every character he plays. After seeing this character, we can very well imagine that Alauddin Khilji would have looked very similar.

Those Kohl eyes and a deadly scar under his eye is enough to fit in his character. The makers have made a good strategy of revealing one character at a time and after viewing Deepika Padukone and Shahid’s character in the film, everybody was waiting for Ranveer’s character and we must say, he clean bowled everybody with his witty look.

Ranveer Kapoor is one such actor who amalgamates with his character in the film. He looks as if he is the real person behind the character but this time, he is looking as evil as he could be.

After much speculation and delays, Sanjay Leela Bhansali’s Padamatvit will be hitting the theaters on December, 1st, 2017. This announcement was made when the makers revealed Deepika Padukone’s look from the film as the earlier date was Nov’17 but makers pushed it by two weeks.

We are very excited for this film and are sure everybody must be waiting for the film Padavamati to hit the theaters soon.

How do you like RV’s look in the film?? Do comment below and let us know your views.