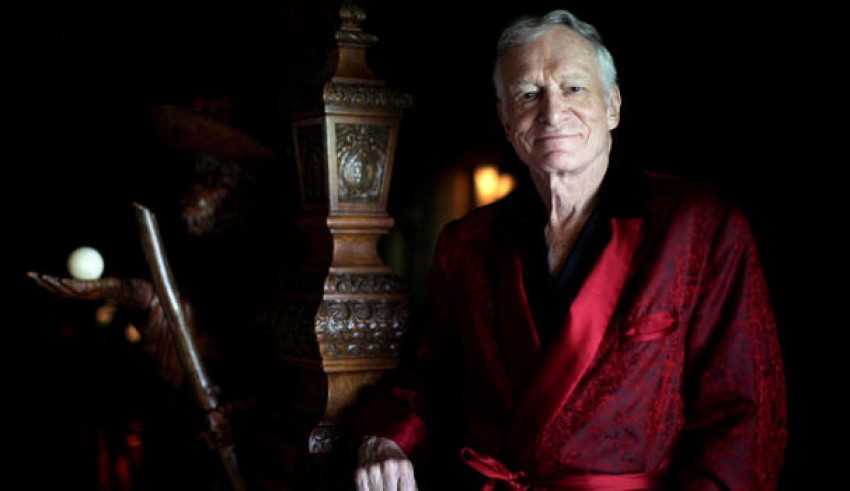 Founder of the world famous ‘Playboy’, Hugh Hefner died a natural death at the age for 91 on Wednesday at his residence.

Other than being a proud founder of a Playboy, he has co-produced many Playboy-branded videos and many films like Roman Polanski’s Macbeth and the Monty Python film, And Now for Something Completely Different.

Cooper, son of Hefner and chief creative officer of Playboy, said in a statement, “My father lived an exceptional and impactful life as a media and cultural pioneer and a leading voice behind some of the most significant social and cultural movements of our time in advocating free speech, civil rights and sexual freedom.”

Actress Jenny McCarthy tweeted on his death, “Thank you for being a revolutionary and changing so many people’s lives, especially mine. I hope I made you proud.”

Here are more statements and reactions:

RIP #Hef Thank you for being a revolutionary and changing so many people's lives, especially mine. I hope I made you proud. 😓#PMOY 94 ❤️ pic.twitter.com/sF9ARYgEpw

I had a number of great conversations and with Hugh Hefner. Was such an interesting man. True legend. What an end of an era!

Rest in peace #HughHefner – he will forever be remembered as the Hollywood legend who lived life to the fullest.

If you were raised without a mom Hugh Hefner probably changed your life. Champion of great writing & freedom of speech & always kind to me.

So saddened by @hughhefner' s passing – whatever you think of the magazine, he was smart, an entrepreneur & one of the nicest men I've met.

Hugh Hefner put me in Playboy & ignited my career. I am forever indebted, Hef. You will forever live on as an icon of epic proportions. #RIP

Every grown man that had a Playboy collection as an adolescent upon the news of Hugh Hefner's death pic.twitter.com/dpPUrqAyYp

A great man, entrepreneur and innovator. Your legacy lives on. #Hef pic.twitter.com/36cRzlUPRw

RIP @hughhefner 💛 thank you for making me part of the Playboy family. Sending lots of love and prayers to @crystalhefner

My condolences to the Hefner family. If anyone lived life to the fullest, it was Hugh! My thoughts & prayers are with his friends & family

Today the world lost a legend. #HughHefner started my career. For 22 yrs I got to wish him happy new year at his mansion. I’ll miss him. pic.twitter.com/4Aowa1g44z

Hugh Hefner died tonight. Sources say he will be buried in a special coffin that folds out into a larger glossier one.

As per his wishes, Hugh Hefner’s body will be left in a fort in the woods for other kids to find & pass around.