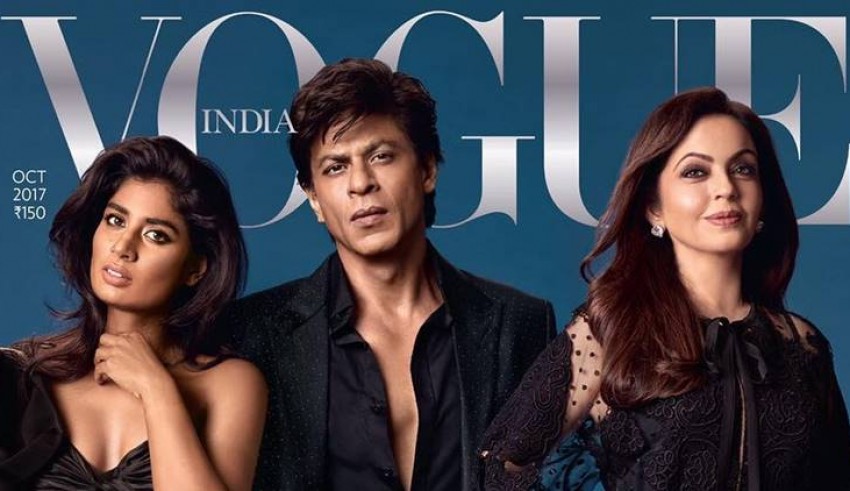 Mithali Raj gained popularity after the India vs England match in June this year. Ever since, she has been in the spotlight. The captain of the Indian Women Cricket Team became a celebrity in India and also became popular abroad, even though her team lost the finals against England. However, the representation of Indian women at an international platform in a game as popular as cricket helped the team become a symbol of hope for all Indian women, with Mithali Raj at its zenith. She also became the face on the cover of Vogue India, one of India’s most popular magazine, along with Shah Rukh Khan, one of the world’s most popular celebrities, and Nita Ambani, the founder of Reliance Foundation.

Mithali looks drop-dead gorgeous in the picture, in a black Johanna Ortiz jumpsuit and hari specially done for the photoshoot. The three prominent symbols of success will appear on the cover of the 10th Anniversary edition of Vogue India. The picture was captured by Greg Swales and the stylist for Shah Rukh Khan was Anaita Shroff Adajania while Nita Ambani and Mithali Raj had their own stylist, Priyanka Kapadia. Although three other covers were also shot for the 10th Anniversary October edition of Vogue India, the one featuring Mithali, Shah Rukh and Nita Ambani has gained the most popularity. Sonam Kapoor shared a picture of the cover on her Instagram while Mithali tweeted about being excited about it.

Mithali Raj is quite active on social media as well. She gained quite a response after a Twitter user tried to shame her for dressing ‘inappropriately’. This gained her much support from all her fans. Shah Rukh Khan made close to $38 million this year, through many Bollywood blockbusters and endorsements. Nita Ambani’s annual income is estimated to be around $48 million, with a net worth of around $980 million.