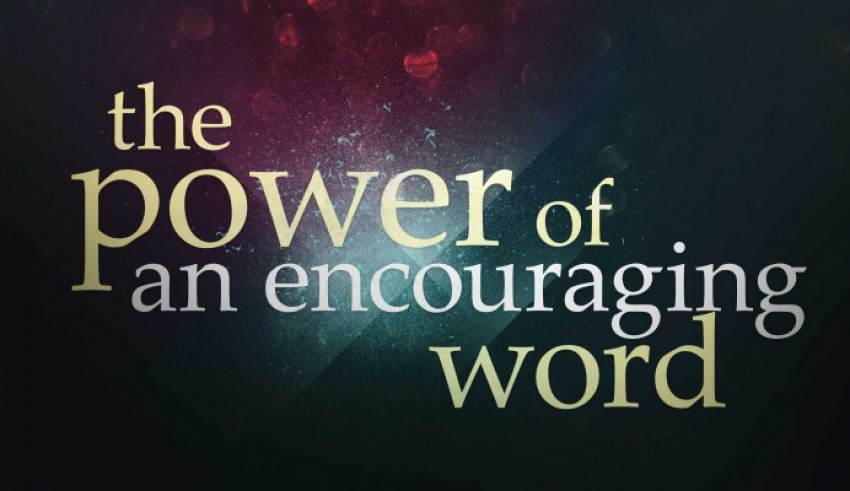 It is said that the words of encouragement foster self-respect, confidence and independence. Words of encouragement have definitely positive impact on the reader and the listener as well written and spoken by someone.  Also, behind every successful person there is someone who motivates the person by becoming his mentor, with encouraging words, from time to time.

According to the Positive Research Words, the list contains more than 6,000 positive words from A to Z alphabets and phrases and it is indeed incredible which can be used in your assignment, projects and daily routine.

During my research over it, I find the new words which I have not read for the  first and last alphabets : A – Agog – full of intense interest or excitement  and Z – Zingy- enjoyable exciting.

Such words fill up the vacuum of social bonds with power fuel.  One feels pleasure to hear the words of encouragement which increase the confidence level to achieve the things which were still in your life’s pipeline.

In other words, it is a seeking and expecting.  The words of encouragement are recognize the good in others and expect more from them. In fact, everyone needs the encouraging words to come out of the self and reframe the thoughts to do better than before.

I recollect  a story when once a small child on coming back from school handed over a piece of paper to his mother saying, my teacher has given this paper to me and told me that only you are to read it.

Her eyes welled with tears as she read out the letter out loudly to her child – “Your son is genius. This school is too small for him and does not have good enough teachers to train him. Please teach him yourself”.

His mother did just that until she fell ill and passed away.  After many years, he became one of the greatest inventors of the century.  One day he was going through some of her things and found the folded letter under his clothes.  This is the letter which his old teacher wrote to his mother that day.  He opened it and the message written on the letter was – “Your son is mentally deficient. We cannot let him attend our school anymore. He is expelled”.

It was natural to become emotion on reading this and thought that when nature closes one door, it opens another door. You will surprise that child was none other than Thomas Alva Edison who invented bulb and removed the whole universe from darkness.

Later on, Edison wrong in his dairy that Thomas Alva Edison was a mentally deficient child whose mother turned him into a genius of the century. Meaning thereby the words of encouragement of his mother did miracle for the little child.

It is an admitted fact that words of encouragement always work miracles for everyone and every time.  In our life, some people come as blessings while others as lessons.

In fact, when we use the encouraging words for someone, the same goes straight to the heart, touch the inner conscious and sometime one word of encouragement change the entire life even beyond one’s and other’s expectations.

Frankly speaking, life itself is a challenge and there is hardly anyone who has not faced failures, set-backs and challenges. Going away from it is not the solution rather facing with the circumstances is. Most of the words of encouragement have powerful impact on your mindset which helps to pursue the dreams not only by the children but also the persons of all groups, to come out of the four-walls to enjoy this wonderful life comfortably.