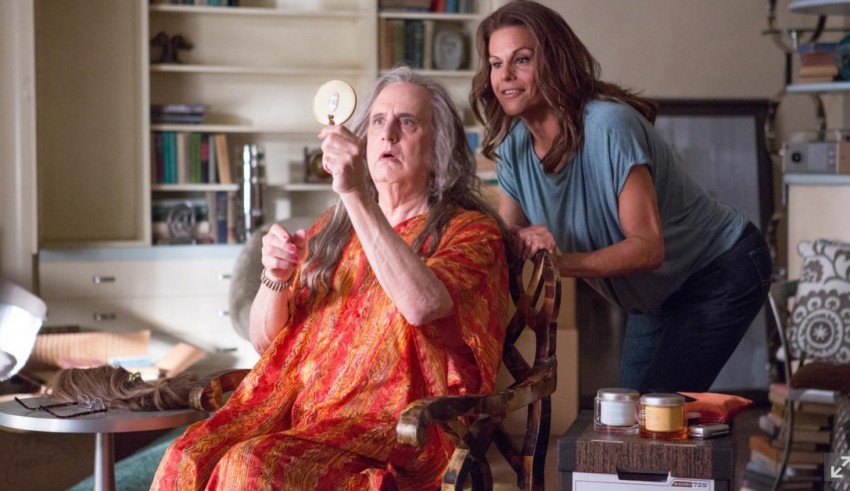 Alexandra Billings plays the role of Davina in Jill Soloway’s Amazon comedy Transparent and in the second episode of season 4, the openly transgender actress was seen in a full frontal nude scene. The show is home to many groundbreaking and never-seen-before moments on television and on Friday, all 10 episodes of season 4 were released. In the show, Davina is a guide to Maura, a transgender who is coming out in a later stage in life.

The full-frontal nude scene appeared in the second episode of season 4.

The episode was titled ‘Groin Anomaly’. In the episode, Alexandra Billings lay flat on her stomach, getting a massage from her boyfriend Sal, played by Ray Abruzzo. The couple is discussing the health issues of Davina and how they should be dealing with them. In the show, Davina is infected with HIV and she struggles with her feelings about the medication. In the midst of having that conversation, Davina feels a shooting pain and rolls over to continue talking to her boyfriend. This exposes her breasts and her transgender penis. The exposure of her penis on screen was a first for Alexandra Billings. This nude scene was suggested by Billings herself.

The writers of the show, along with Jill Soloway, had met up with Alexandra Billings ahead of the fourth season and asked if they could base some parts of the script on her life. Billings reveals that almost 90 percent of the script is based on her life and is a flashback of her true story. This would include mainly the sex work, the contraction of HIV, and the drag pageants. The show portrays Davina to have engaged in a sexual relationship with an older man when she was a young male, that being the time when she contracted HIV. Billings believes that the full-frontal nude scene would serve as a symbol of hope for the transgender community as it normalizes the human body.