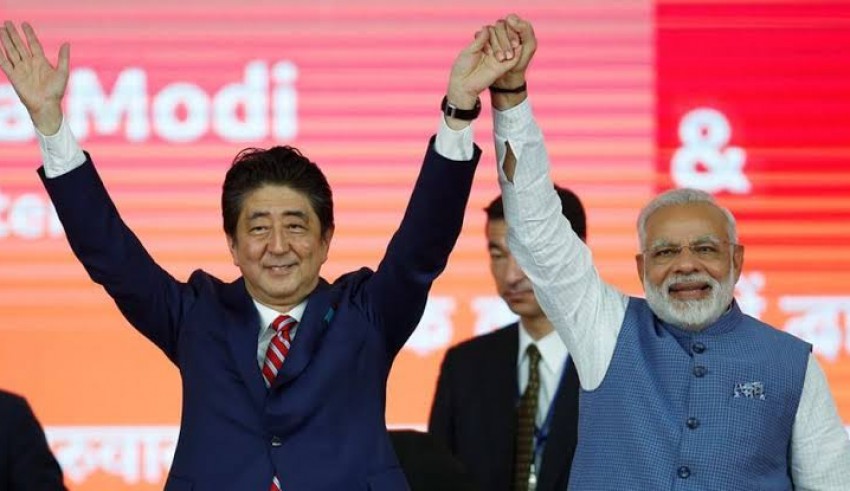 Adressing the huge audience at Athletics Stadium in Sabarmati, Prime Minister Modi added that the government wants to start the operations for the train by August 15 2022, to mark India’s 75th Independence anniversary.

The entire working and physical attributes of the train were described. The high speed train seeks to cover the 508 km distance between Ahemdabad and Mumbai in a total running time of 2 hours beating the present time with 6 hours. The route will have 12 stops of just 165 seconds each. Initially the train plying between the two cities will have 10 coaches having a seating capacity of just 750 passengers but it is proposed to be extended to a greater number at a later date, which is tentatively going to be 16 coaches with an intake of 1250 passangers.

Initial estimates state that the land needed for the project is around 825 hectares, 92% of which is slated to be elevated. 6% of the route will pass through tunnels and only 2% will be on the ground.

However, developing the project successfully is sure to have its share of hurdles. A protest by farmers against the project, on Thursday, to express their worries that it might cost them their valuable land, indicates that land acquisition for the 1.1 lakh crore project will in itself be a gigantic task. This is the first of many possible protests against the project since many feel that most of the time, physical infrastructure development inhibits development of social infrastructure.

The announcement also signalled the fast tracking of India-Japan ties as the Japanese government agreed to fund over 80% of the cost (88000 crore) in the form of a loan at a subsidised 0.1% interest rate repayable within a period of 50 years.

According to the Government blueprint, the train will touch the lives of over 1.6 lakh commuters everyday and is expected to serve 1.5 crore Indians every year by the year 2050.

Indian Railways, despite the fact that 29 major railway accidents over three years had killed 250 passangers, is the oldest means of railway transport in Asia and the fourth longest in the world!