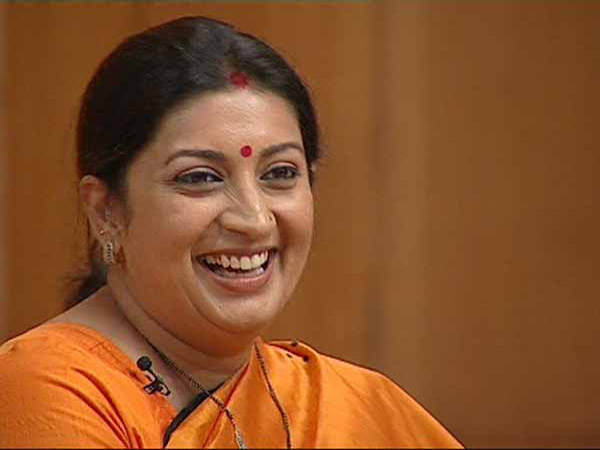 Vice-President of Congress, Rahul Gandhi recently gave an address in the University of California, Berkeley. During that session, he was asked about the dynastic succession in Congress. His answer to the question not only belittled our democratic government, but also spouted remarks from our Union Minister Smriti Irani. The Information & Broadcasting and Textiles Minister was not impressed when Rahul Gandhi said that most of India runs on dynastic succession on an international stage. After this, Irani called Rahul Gandhi a ‘failed dynast’ considering his failed political career and his mistakes over the years which have made him a figure of ridicule.

Smriti Irani also went on to say that the Prime Minister of India, the President of India, the Vice-President of India, and even the President of BJP are examples of the counterargument to Rahul Gandhi’s statement, PM Narendra Modi, President Ram Nath Kovind, Vice-President Venkaiah Naidu, and BJP Leader Amit Shah, all came from a non-political or humble background, without any dynastic approach. They worked hard and achieved to be at the position they are currently at. She also mentioned her admiration for Rahul Gandhi’s admission of the arrogance of his party under his mother being the cause of Congress’ loss in the elections in 2014.

Rahul Gandhi had asked the audience not to attack him for his position as the Vice-President of Congress as many political parties follow the same trend of dynastic succession, giving examples of Samajwadi Party and Dravida Munnetra Kazhagam leaders, Akhilesh Yadav and Stalin. He even went on to include Abhishek Bachchan and the Ambani brothers into the list, saying that dynastic succession was not a problem in India but just the way that systems run.

Rahul Gandhi also included remarks about the Modi government in his address at the University. He said that the regime of the Modi government includes violence, anger, and politics of polarization, something that was new to India. Rahul went on to condemn the government saying that the country is being run by fanatics with a vigilante mission for protection of cows and spates of lynching. He also mentioned Gauri Lankesh’s death saying that India has grown to be intolerant and full of hatred and anger to the level that liberal journalists are being shot.