May 18, 2022
6NewArticles
Home Politics National Finally It’s The End Of Darkness For Transgender In Kerala 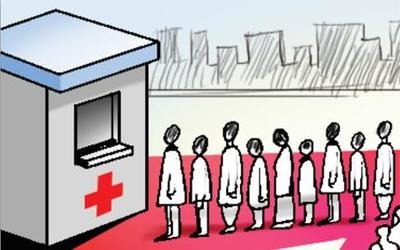 Kerala has perpetually been a pioneer for mounting examples in justifying equality. After schools, employment, beauty pageant now it’s time for the transgender clinics to be opened in all the government medical colleges of the state. It is the prodigious initiative of the Kerala Government to bring the marginalized group to the forefront of the society as envisaged in the state Transgender Policy, unveiled for the first time in the country in 2015.

The decision to open separate wing for catering to the needs of the transgender, which deserves a loud round of applause, was recently announced by Health Minister K K Shailaja.

A pilot clinic has already been set up in the Kottayam Medical College Hospital in the state after the decision was taken. The OP wing, designed specifically for this purpose is said to be functioning well. Coordination in the unit is exemplary and specialists from all departments have duties in the wing.

Now the government is reportedly planning to introduce a surgical wing for the transgender community in two colleges, initially. Kottayam will open the wing within one month.

It has been a long unsettled demand of the transgender community (TG) to get facilities and incentives for the sensitive, exorbitant and long drawn surgery. The state Health and Social Justice departments, holding hands with the Legal Services Society, will begin the Transgender (TG) clinic to address and spread awareness about various health issues of the people belonging to the third gender.

The coordination of various departments including plastic surgery, dermatology, psychiatry and general medicine is needed for the surgery and discussions are going on regarding this. Not ending on these efforts to empower the Transgender, the government has also planned to open a skill development center to provide legal help in Kochi. Also promised is the opening of post-surgery shelter homes in Thiruvananthapuram and Ernakulam for the comfortable recovery of trans people after the operation.

As per the unofficial figures, there are over 35000 transgender people in Kerala and the government always had a positive approach towards the marginalized group. The supremacy had also launched a series of welfare steps in the past one and a half year after it came to power like identity cards for transgender, and a sum of around 10 crores allotted to the group for growth and upliftment.