August 17, 2022
6NewArticles
Home Entertainment Bollywood These New Pictures Of Kareena Kapoor And Taimur Will Have You Squealing 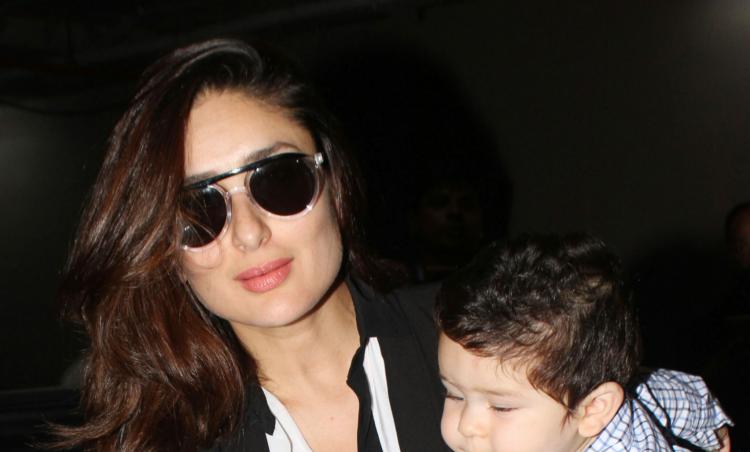 The apple of everyone’s eye, Saif Ali Khan and wife Kareena Kapoor Khan’s little angel, Taimur Ali Khan, is back at it again. The baby who melted the hearts of everyone even as a newborn was spotted at Mumbai airport on Saturday with his mother, Kareena Kapoor, and they were turning heads, indeed. Any time this royal family steps out, adorable pictures of the three take seconds to go viral. And once again, little Taimur and his gorgeous mom have garnered the attention of the shutterbugs. Kareena Kapoor Khan was back from Delhi, where she went to shoot for her upcoming film Veere Di Wedding, alongside Sonam Kapoor and Swara Bhaskar.

The Jab We Met actress looked classy, dressed in black trousers with a white shirt and a blazer. The little Nawab also looked cute as a button, as always in a blue checkered shirt paired with denim and striped sneakers. The little baby is adored by the whole nation and this sighting solidified that love even more!

It seems Taimur is still not accustomed to the fame like his parents, as he seemed to be in tears, overwhelmed by the sheer number of paparazzi. This isn’t the first time either. The toddler doesn’t seem to be liking the affection of anyone other than his family and is seen bothered in all the pictures the paparazzi tries to click on him. But even then, he seemed to charm his mother, who could not stop smiling and doting on him.

But this isn’t baby Taimur’s first trip, as previously, he had made headlines when he went on his first international trip to Switzerland with his parents.

Kareena Kapoor, in a recent interview, stated that she finds it a bit difficult managing her professional and private life. She also said that she is absolutely in love with her son and to be honest, who doesn’t! She called him “the most amazing and cutest child.” We feel the same Kareena, the exact same.

Now be prepared to make some ‘aww’ sounds as pictures of baby Taimur and super mom, Kareena follow: