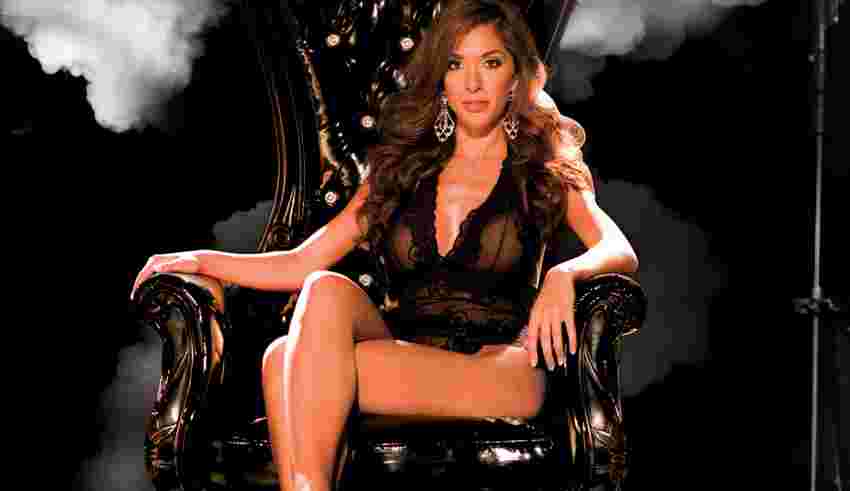 Teen Mom star Farrah Abraham became a topic of controversy a long time ago when she starred on the show ’16 and Pregnant’. She has been among the favorite topics of gossip and controversy but even by her standards, her most recent picture has sent ripples through the sea of controversy all over again.

The 26-year-old donned the lingerie-styled one-piece and took the picture poolside during the Labor Day Weekend. The picture left little to imagination and from the picture it seemed evident that the actress was about to take part in another adult film. She did not post the picture to provoke any controversy or to gain any attention, but posted it without any reason at all. Her fans were left unimpressed though.

Her fans left a series of comments that made sure that the controversy around Farrah Abraham would keep alive and sparkling. They fed oil to the fire when they brought her parenting in the controversy as well. One of the fans commented on her choice of color of hair and hoped that it was Abraham getting ready for Halloween, while a hater commented that it looked like she ate the little mermaid instead of donning on the costume. Another fan commented curtly that the lingerie was meant for her bedroom where she could indulge into her personal life rather than outside where people could see her. A fan brought in the topic of her plastic looks, which have made their way into every controversy surrounding the actress lately, saying that no plastic would ever make her as appealing as she looked before her surgeries.

Most people would avoid bringing the children of the celebrities in the controversies that their parents are involved in. However, it seems that Sophie, the 8-year-old daughter of Farrah Abraham, has not been granted that luxury. A user dragged Farrah’s parenting into the controversy, asking if her actions are something that her daughter would look up to when she grows up.