May 18, 2022
6NewArticles
Home Politics National A Lesson In Women Empowerment From Nirmala Sitharaman 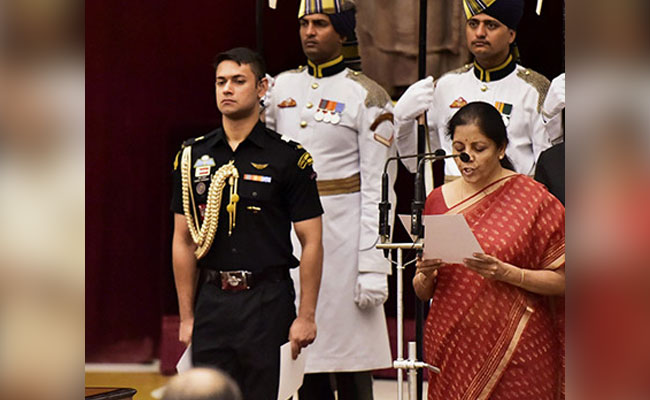 Women empowerment implies the ability of women to take decisions with regard to their life and work and giving equal rights to them in all spheres be it personal, social, economic, political, legal and so on. It is a buzzword today because Women are taking up diverse professions to prove that they are second to none in any respect.

To demonstrate the above-stated fact, the media response to the appointment of Ms. Nirmala Sitharaman as India’s first full-time Defense Minister on 3rd September, 2017 comes across as a unique case of a woman with an open mind all set to rule the world, and not merely a patronage.

Her victory is the victory of millions of Indian Women as it is just a beginning of the Long Innings where 21st-century women will definitely leave no stone unturned to prove themselves to the World. Her promotion was by far the biggest statement of Prime Minister Narendra Modi who has always supported women but today sent a very big message to Indian Women that, “It is only through Women that Work can be done and Goals achieved.”

Surely when tensions are building up at the border with Pakistan and China, it would have been more prudent to have a Defense Minister with a background and degree of expertise in the same domain. In light of this knowledge, Ms. Sitharaman’s appointment maybe the subject of criticism for some, due to her extensive educational background in the field of Economics (she has an MA and M Phil). However, her past involvement in the country’s politics through her position as Independent Minister of State in charge of the portfolio of commerce and industry for the past three years make her more fit for the respected post than many with a background in defense. Not to mention, her bold and dynamic character make her stand out from the crowd.

In a nutshell, Women can begin to feel empowered only when there are change in people’s attitude and non prejudice in their mind. When men are women are treated equals in every sense of the word, then empowerment will truly be achieved.

In such a scenario, when strong minded women like Ms. Sitharaman hold positions of power, it feels like humanity and female empowerment took a step in the right direction.