May 17, 2022
6NewArticles
Home Lifestyle Health Catra Corbett: From High On Drugs To Fast On Feet: Video Story Inside 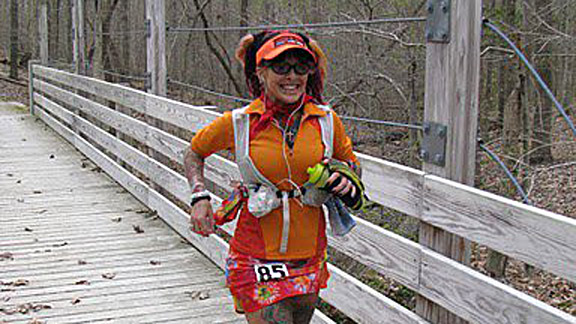 The introduction to drugs is usually related to some trauma or just hanging out with the wrong crowd. The once in a while high becomes a need and when the realization hits, it is already too late and a person becomes an addict. Some choose to continue with the addiction while others change, go to rehab, live their life as it was meant to be. Some require interventions from loved ones while others have self-realization. Catra Corbett is among the latter.

She was a normal girl, with a fuck-it attitude. She had the routine of a rebel, going to nightclubs and enjoying her life without a care in the world. Her introduction to drugs happened at one of these nightclubs. What started as a fun-thing to do, became an everyday habit and later a survival tool for her. When a person becomes addicted to drugs, the habit becomes expensive.

People either become bankrupt or choose illegal methods just to score some high. Catra Corbett chose to become a dealer of methamphetamines. After quite a few successful deals, that became her routine, selling and using. She was arrested for selling methamphetamines and while in her jail cell, the realization hit her hard. She realized that the girl who used to have fun hanging out at clubs is now rotting in a jail, desperate to get high. She decided to change, to rise from the pit she had fallen in.

Catra Corbett’s success story is not the number of successful drug deals that she had over the time, nor the best trip she had while high. Her success story is her redemption from drugs. She got her life together, started exercising, eating better, and regaining herself. Her passion for running lit up after her first marathon when the adrenaline pumped through her body at the start line.

She ran by the night clubs that she used to hang out around and felt proud of herself and how far she had risen from her dark past. She felt positive and inspiring. She felt like she was living a second life. She went from flying high in her mind to running fast on her feet.