August 17, 2022
6NewArticles
Home Politics World What does BRICS stand for? 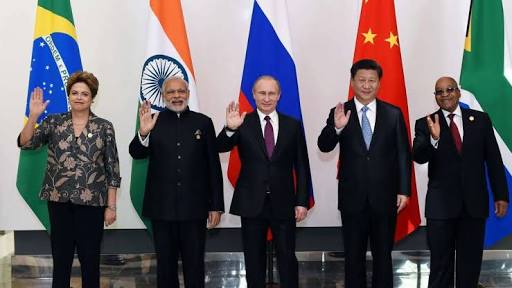 BRICS stands for the association of five emerging national economies: Brazil, Russia, India, China and South Africa. It is headquartered in Shanghai, China. Its main objectives are to cooperate between the member nations for development, support various projects, infrastructure etc. Initially, it was formed as the association of just 4 countries and used to known as BRIC or BRICs; it became BRICS when South Africa joined this association in 2010. Formal summits are held by BRICS since 2009 and the major issues and ideas are discussed and exchanged since then.

These five nations have a combined GDP of US$16.6 trillion, which is approximately 22% of the gross world product. BRICS main purpose is to consult on the issues of mutual interests through meetings of the leaders and the other departments.
The 1st summit was held in Yekaterinburg, Russia on 16 June 2009; Luiz Inacio Lula da Silva, Dmitry Medvedev, Manmohan Singh and Hu Jintao were the leaders of the first summit. The 9th Summit will be held in China on September 3rd, 4th, and 5th.
Many countries like Afghanistan, Argentina, Mexico, Indonesia, and Turkey have shown the keen interest in full membership of the BRICS; Egypt, Iran, Nigeria, Syria, Sudan, Greece and Bangladesh have also expressed their interest in joining BRICS.
The financial architecture of the BRICS is constituted by New Development Bank (NRA) and Contingent Reserve Arrangement (CRA).
The NRA became active in the year 2015. Formerly, it was known as BRICS Development Bank; it is a multilateral development bank which is operated by the states that are the members of the BRICS organization. The bank is authorized to lend up to $34 billion annually for the infrastructure projects. All the five members of this association initially contributed $10 billion each to bring the total of $50 billion.
The BRICS CRA was established in 2015. It provides protection against the global liquidity pressures. It is generally seen as a competitor to the International Monetary Fund (IMF) and viewed as an example of South- South cooperation.
The BRICS summit was hosted by India twice, once on 29 March 2012 when Manmohan Singh was the host leader and then on 15 October 2016 under Narendra Modi as the host leader.
Current leaders of BRICS member states are Michel Temer (President, Brazil), Vladimir Putin (President, Russia), Narendra Modi (Prime Minister, India), Xi Jinping (President, China), Jacob Xuma (President, South Africa).