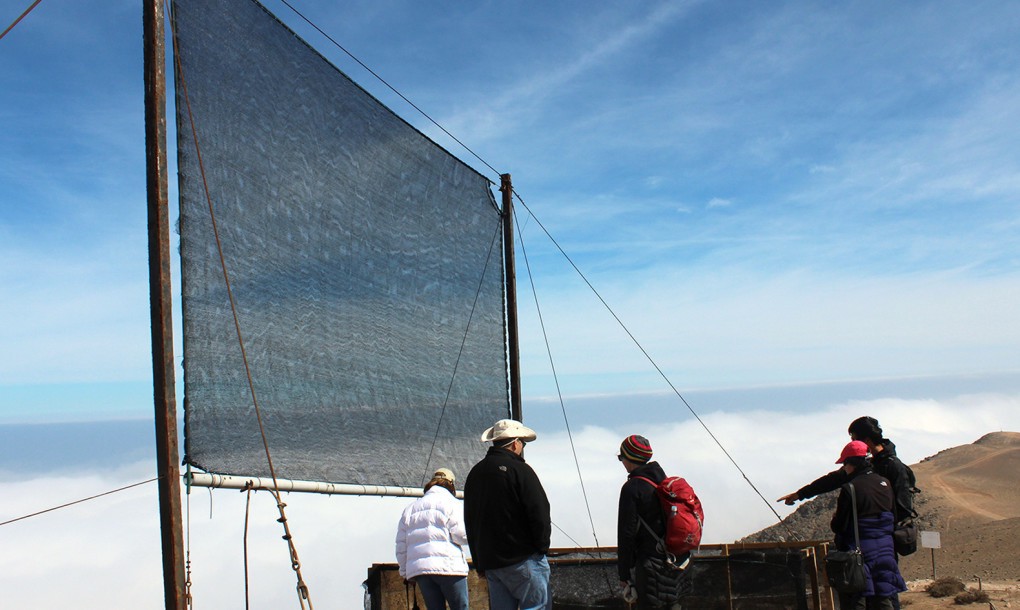 Fog collection is a method of water harvesting that has been developed in recent times. It is a method that is sustainable in the long run since fogs can provide an alternative source of fresh water in dry regions and in high altitude regions. The water thus collected can be harvested through the use of low cost and efficient collection systems. According to popular research, this method is highly useful in coastal areas, where the wind moves inland.

Currently, there are active fog harvesting projects all over the world, including countries such as Chile, Peru, South Africa and Ghana. The most successful project has been ‘The Moroccan Project’ which was developed after 10 years of research and testing by a local women-led non-governmental organization ‘Dar Si Hmad’. The project thus developed provides clean and safe drinking water to over 400 people from five villages in Southwest Morocco- most of whom are women and children. The Dar Si Hmad project has been a boon to the women of this region who had to earlier fetch water from distant wells that cost them three to four hours every day.

Dr. Jamila Bargach, Executive Director of Dar Si Hmad, said that “the fog project should not simply be reduced to the story of technical prowess and success: there are more complex and intertwined stories to tell. One narrative is that of curiosity and aspiration; one of motivation and quest for dignity; and one of rigor and determination. This fog catching project has already irrevocably altered the women’s daily patterns and the balance of powers within Berber households. Prior to the fog project, Berber women bore the laborious task of carrying water from distant wells – a burden that greatly limited opportunities for young women.”

The fog collection system captures an impressive 6300 litres of water on an average day, which is then treated through UV lights and sand filters before travelling through eight kilometers of piping to reach homes in the villages. The project currently includes: 600m2 of nets to harvest fresh water from fog; 7 reservoirs of 539m3 storage capacity; and 6 solar panels

In recognition of its success, the Dar Si Hmad project was awarded the UN’s ‘Momentum for Change Award’ in 2016, which highlights efforts underway to tackle climate change and implement sustainable technologies. The project has also been presented at UN’s climate change conference at Marrakech, Morocco.