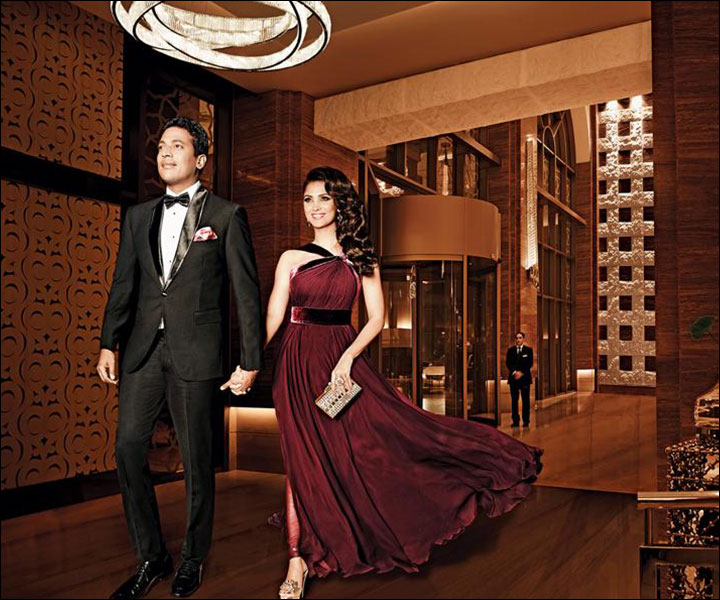 The heavy rains in Mumbai have caused an inconvenience to the daily on-goings of all its residents. Everyday tasks have become impossible due to problems in transportation. People have been shut in their offices due to lack of public transportation. Vendors out on the streets are no longer earning their daily bread. The celebrities of Bollywood have also been affected by the pouring rain. While their inconvenience might not be to the level of the regular folk, earning their daily meals working by the day, there has been a general disruption of life. Among the ones who have been affected are former Miss Universe Lara Dutta and 12-time Grand Slam winner Mahesh Bhupati.

The couple got into a little tussle on the micro-blogging site Twitter. Lara Dutta posted a picture of the entrance of their home where she had used the towels that Bhupati had accumulated over the years in various tournaments. Lara Dutta tweeted that finally all the towels from Wimbledon, US Open, Australian Open and French Open were put to a good use. She hoped everyone was safe and urged people to stay indoors if possible.

The tennis player apparently did not like his towels being put to use like that. He replied angrily to his Lara Dutta’s tweet saying that it was his years of hard work that she had put to use to stop the water from entering into their home.

Tennis players savour the towels that they receive in the tournaments. Being a tennis legend himself, Mahesh Bhupati’s anger seems justified. He might have a cabinet full of Grand Slam trophies while other tennis players do not have a single one, but when it comes to the towels, it seems like he is just like the others. He has won the Australian Open twice, the French Open four times, the Wimbledon and the US Open thrice each.