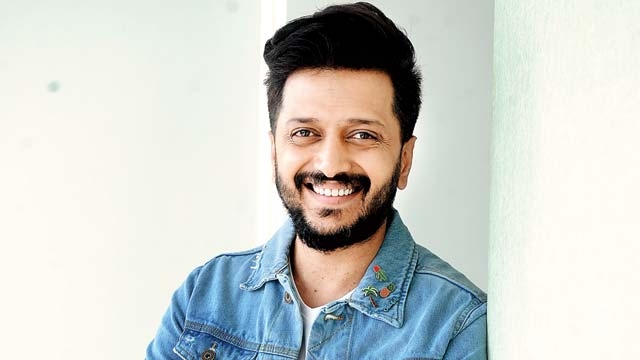 When it comes to Bollywood stars and festivals, it is expected that the celebrity would celebrate the festival with a grandeur that is unmatched and a huge mess would be left for someone else to clean. However, Riteish Deshmukh celebrated Ganesh Chaturthi in a different fashion entirely.

Celebrating #GaneshChaturthi in America, Made an idol, I humbly dedicate it to our Farmers. #ECO #Planter #Visarjan #SonOfAFarmer #Bappa pic.twitter.com/OnuU1S0D6a

The actor tweeted that he was celebrating Ganesh Chaturthi in America and he had made an idol of Lord Ganesh, which also served as a planter. He dedicated the effort to the farmers as he is a son of a farmer himself. In a reply to his own tweet, he thanked his wife Genelia Deshmukh. He says that she inspired him to do the whole thing and also shot the whole video. The video showed the actor constructing the idol of Lord Ganesh with eco-friendly clay. The video was not a long one, showing the whole process, but a short summary of the whole effort. Riteish later painted the idol/planter and soon the planter with the face of Lord Ganesh was ready for its seed.

The movement for an eco-friendly Ganesh Chaturthi started when reports about the destroyed underwater ecology started showing up. In the reports, one of the reasons cited for the destruction was the immersion of the idols of Lord Ganesh, made up of plaster of Paris, during the festival. In a zeal for celebrating the festival, many worshippers had been destroying the ecosystem of the oceans and the seas. Riteish Deshmukh stood up as an example to protect the environment and this was not his first time doing so. Last year, during the droughts in Maharashtra, Riteish Deshmukh donated Rs 25 lakh to Jalyukta Latur. The cause was started to help the people in the drought-stricken district of Latur in Maharashtra. Another star in the industry, Dia Mirza, also promoted the use of eco-friendly Ganpati idols for the festival.