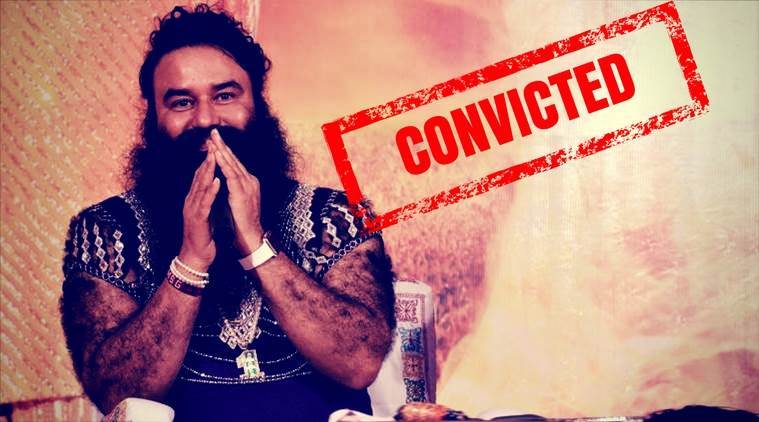 Finally, the justice prevailed and Baba Gurmeet Singh Ram Rahim Insaan is behind the bars. Though the drama had a tragic end it was a commendable decision that out a rapist, sexual molester and characterless person behind the bars. Indeed, every heart is sad to have had witnessed such dreadful rage of the protesters. More than 30 people died, 350 injured and hundreds of vehicles burnt as the devotees of Baba Gurmeet Singh expressed their rage on the verdict of the CBI Court.

Baba Gurmeet Singh was accused of raping a sadhvi at his Ashram. In 2002 in a letter addressed to then Prime Minister Atal Bihari Vajpayee and the Supreme Court an anonymous Sadhvi wrote about her sexual assault by the baba in his dera. The case was later transferred to CBI court and after 15 years the CBI court passed the verdict yesterday.

As the baba was convicted guilty his protestor started creating a ruckus and soon Panchkula was ablaze. The fire of protest also broke in parts of Punjab, U.P. & Delhi.

Every eye was glued to the TV screen watching the people go mad as their ideal was soon going to be sentenced.

Known for his out bursting tongue, the veteran actor Rishi Kapoor like always had something to say about the situation. But, for this one time, we too agree what Chintu said on words.

He tweeted on the Baba Ram Rahim arrest and the tweet has since garnered great response on social media.

We all know that people blindly follow these babas who later turn out to be con people. There are many instances that have proved the malicious characters of these self-declared godmen. At such a time Rishi Kapoor’s tweet makes all the sense that most of the people are missing in them.