May 18, 2022
6NewArticles
Home Politics National Three Students Arrested And Out On Bail For Disrespecting The National Anthem 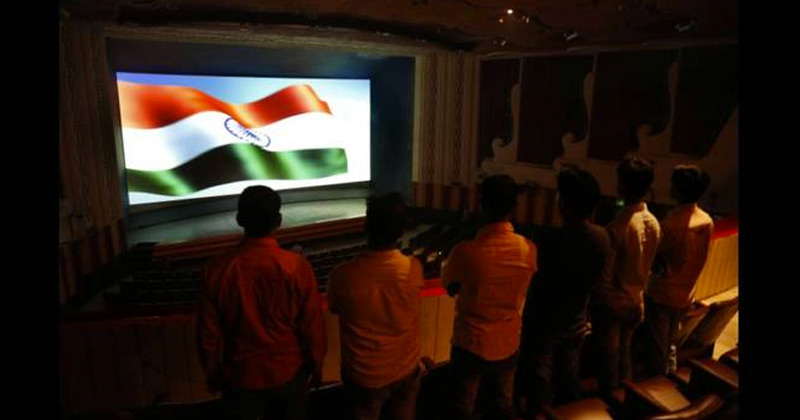 Patriotism has become a big issue of outrage in India. Many people take offence when the person in front of them shows any sign of disrespect towards the nation or what it stands for. Three engineering students have been charged with disrespecting the National Anthem when they refused to stand up while it was playing before a movie. A case has been registered with the Rajendra Nagar Police Station under Section 2 of the Prevention of Insult to National Honors Act, 1971.

The three students, Omar Fiaz Luney, Mudabir Shabbir, and Jameel Gul, hailed from Jammu and Kashmir and are currently studying in Al Habib Engineering College. On Saturday, they decided to go watch the movie, Bareilly ki Barfi, and according to several people in the hall, they refused to stand up for the National Anthem before the start of the movie and stood up reluctantly towards the end of the Anthem. However, the three students tell a different story. They claim that they had arrived late for the movie and the hall was dark. They struggled to find their seats and were just settling in when the National Anthem started. They were prodded in the back by a member of the audience and they stood up. After the Anthem, the man asked for their details and turned out to be a police official who reported them.