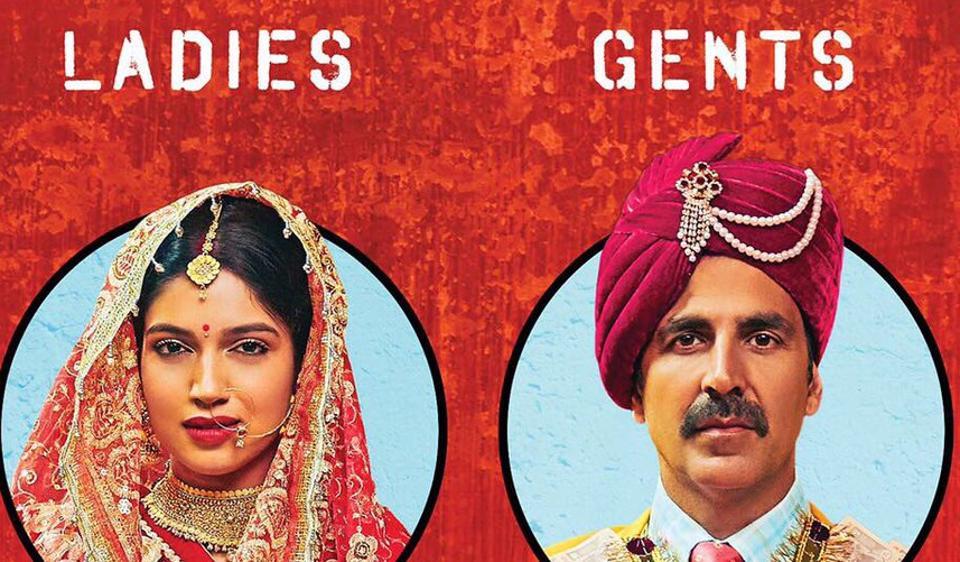 So even the box office needed this Toilet eventually to break free from its constipation-#ToiletEkPremKath Hit Hit Hooray! pic.twitter.com/IPXx6DiI24

Twinkle Khanna tweeted that with the release of the movie, box office is finally free of its constipation as well. She is well-known for her humorous nature and wit.

Padmavati actor and energy-ball of B-town, Ranveer Singh was the first one to promote the movie before its release, hiding in Bhumi Pednekar’s hotel room and coming out when she knocked. He talked to her about the issue of sanitization in India.

A love story we all will relate to !!!Friday 11th August save the date for @ToiletTheFilm !!! @akshaykumar @psbhumi @kriarj all the best !!! pic.twitter.com/XQ524rcHNJ

Mubarkan star, Arjun Kapoor took a unique approach to promoting the movie. He shot a video of talking to someone about his love and importance for that person. The camera shifts focus to the ‘someone’ Arjun was talking to and it turned out to be a toilet seat.

Half-Girlfriend star, Rhea Chakraborty shared a video on Instagram knocking on doors till she found an empty restroom.

Despite being busy with her upcoming film Fukrey Returns, Richa Chadda made time and shared a silent video of idols of a couple along with a small idol of a toilet seat. A frame in the background read the name of the movie.

Akshay Kumar’s co-actor from the movie Brothers, Sidharth Malhotra, shared a video of the two actors. He captioned the post wishing luck to Akshay Kumar for his movie.

Akshay Kumar is well-loved in the industry by his fellow coworkers and all the support is evidence to it. His movies are superb and a must-watch for everyone. Toilet: EkPrem Katha already crossed the Rs 50 crore mark in just three days.