May 18, 2022
6NewArticles
Home Lifestyle Chinese Woman Tries To Mail Baby To Orphanage And Gets Arrested 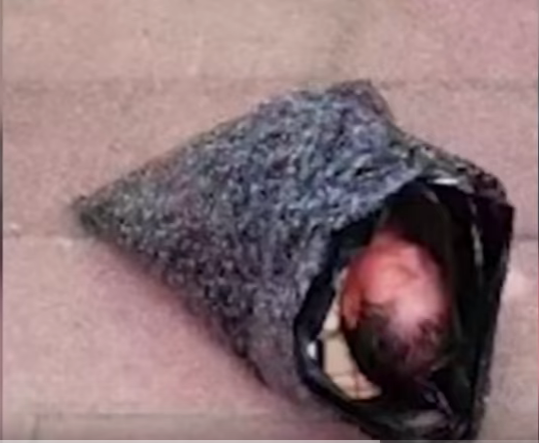 There are close to a million children abandoned in China and the rate of adoption of children from orphanages is less than half of the rate of abandonment. Even though China has policies for family planning, a 24-year-old woman was arrested for abandoning her child and she could face up to five years of imprisonment.

Identified only by her surname Lou, the mother of the new-born baby wrapped the baby in plastic wraps and a cloth bag and called up a courier service to deliver the baby to an orphanage under the pretense of sending charity to the orphanage, expressly forbidding the courier to look inside the bag. Already suspicious, the courier opened the bag when there was movement inside the bag and a sound of a cry fell upon his ears.

He found a baby inside with the umbilical cord still attached to it. He called the cops immediately and people gathered around him to offer help when they noticed the courier waiting with a baby in his hands. They tried to hydrate the baby and cool off the baby girl’s body in the blazing heat.

The baby was rushed to Jin’an district hospital where the doctors cut off her umbilical cord and ran a series of health check-ups. They told the Fuzhou police that the baby was in a stable condition but would be kept in the hospital for further observation by the pediatric department. The police said in a statement that the mother has been arrested and is in custody for suspected child abandonment.

They also told that the mother is from the Sichuan province of China but the father of the baby is unknown. In a statement to the police, the mother revealed that she did not have any contact with the baby’s father and that her own family knew nothing about her pregnancy or her child. She said that she abandoned the baby because she thought that she could not raise the child on her own and that sending the baby to the orphanage was for the baby’s welfare.