May 17, 2022
6NewArticles
Home Politics Trump Takes A Furious Turn On North Korea; Says Will Be Treated With “Fire & Fury” 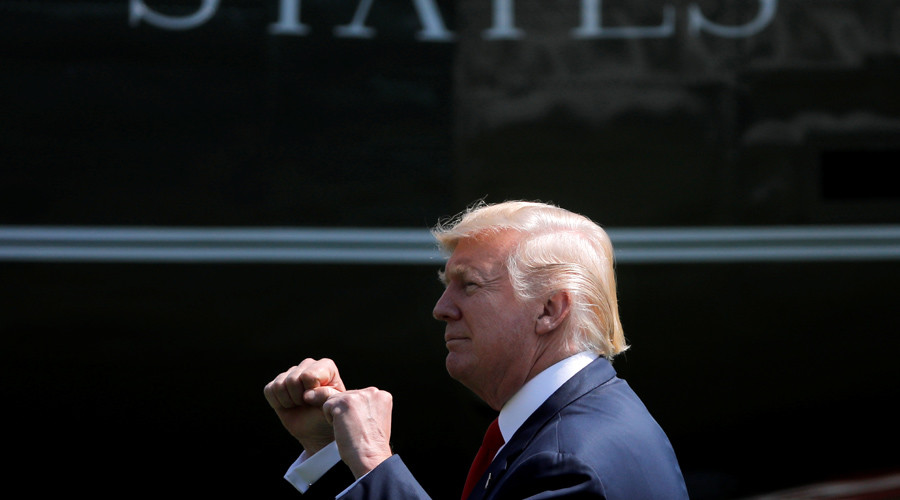 It is high time that America is facing a threat of nuclear attack from North Korea which seems to be growing with each passing day. In the latest addition, considering that there is no betterment in the situation President Trump has warned the country against any provocations. Trump said in an interview on Tuesday that there will be “fire and fury like the world has never seen.”

Trump: North Korea "best not make any more threats to the U.S. They will be met with fire and fury like the world has never seen." per pool

Addressing the reporters from the club house of his golf course in Bedminster, Trump said, “North Korea best not make any more threats to the United States,” The meeting was organized to brief the President of the current opioid epidemic in America. “They will be met with fire and the fury like the world has never seen.”

Trump also said that the North Korean leader Kim Jong Un “has been very threatening beyond a normal state, and as I said, they will be met with fire, fury and frankly power, the likes of which this world has never seen before.”

Trump’s comment came after a report was published in the Washington Post claiming that the U.S. intelligence has identified that North Korea has developed a mini nuclear warhead that can be fixed to the missiles. This development has highly expanded the range and power of the country.

The statement of the President somewhere resembles the style of his North Korean counterpart but it is also his style to be blunt and straight.

Meanwhile, Trump was also concerned about the situation of the Opioid epidemic in America. In the meeting, he was updated about the current scenario and how the use of painkillers is rising in the American states.

“Strong law enforcement is absolutely vital to having a drug-free society,” Trump said on the opioid epidemic. “I have had the opportunity to hear from many on the front lines of the opioid epidemic, and I’m confidant that by working with our healthcare and law enforcement experts we will fight this deadly epidemic and the United States will win.”